Marole praised as he steps down as Barclays chairman 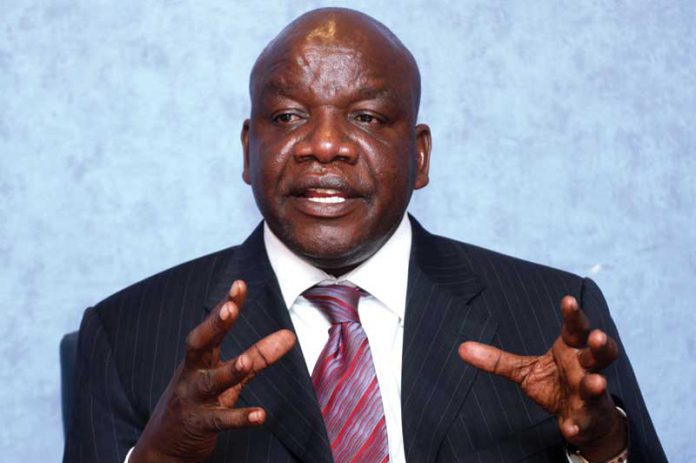 The former chairman of Barclays Bank Botswana Board of Directors, Blackie Marole, has been commended for a job well done during his tenure of office as Board Chairman, a position from which he resigned a few weeks ago.

Speaker after speaker spoke well of Marole’s legacy at a farewell ceremony held in his honour at BB headquarters in Gaborone recently.

Zafar Masud, the Managing Director of Barclays Southern Africa, described Marole’s leadership skills as profoundly transformational, adding that it was during Marole’s tenure as Board Chairman that Barclays Bank Botswana successfully implemented the 2006-2007 retail expansion project, which saw the bank making its footprints rapidly across the country, to the extent that even areas that were previously unbanked would not escape the ‘wild fire’ effect.

Under the retail expansion project, the business extended its operations by opening 15 new branches, 8 Sales and Services Centers as well as over 50 new Automatic Teller Machines (ATMs), all of which efforts cannot be separated from the outgoing Chairperson’s legacy.

As such, the business has also continuously delivered exceptionally well in financial terms under his guidance.

“Under Marole’s leadership,” said Barclays Botswana Managing Director, Thuli Johnson, “there was emphasis on the need for transparency, and corporate governance as well as the importance of maintaining focuses on our core mandate.”

Johnson further pointed out that such mandate consisted mainly in ensuring that Barclays’ customers are served diligently.

In addition, Marole was also particularly instrumental in making sure that there was adaption of the Board Charter, which is viewed as the hallmark of governance.

“Therefore we are more than grateful for his contribution,” concluded Johnson.

In his response, Marole expressed delight at the appreciation shown by his counterparts for the part he played in taking the bank to new heights, adding that he learnt a lot and drew his confidence largely from experience over a period spanning from the time when he was a customer up to and including when he was the bank’s Board Chairman.

“I am very proud that today customers can find Barclays almost in every corner of this country,” he said.

So, Barclays is not only looking at the bottom line, but also greatly concerned about providing the necessary assistance and care to customers.

Marole concluded by urging remaining members of the Board to work hard in order “for us to remain at the forefront”.

This follows an effective four year legacy, which took off on the 1st April 2005 when he (Marole) was appointed Board Chairman of Barclays Botswana ending 31st March 2009.

The event was graced by the Minister of Trade and Industry, Neo Moroka, and Chief Executive Officers of different esteemed local organisations as well as other prominent dignitaries.