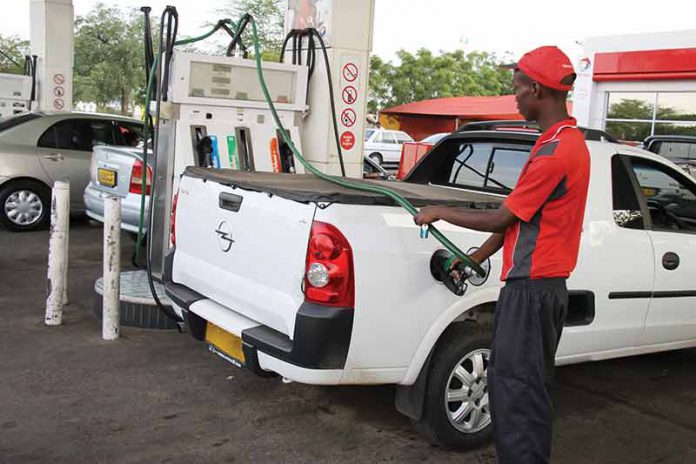 Two Portfolio Managers at Investec Asset Management are of the view that oil prices will now stay too low forever dampening the smiles of many consumers that have enjoyed the benefits of cheap oil in 2014.

Tom Nelson and Charles Whall say they are positioning the portfolio for a recovery in the oil price in 2015 adding that the sell-off has been driven by Opec’s surprise actions and they expect the equities to recover in anticipation of a move higher in the commodity price.

“The recovery is likely to surprise investors in its speed and scale, just as the sell-off has, and we fundamentally believe that we are approaching the bottom in terms of sentiment, investor positioning and valuation,” the two Portfolio Managers said.

Investec manages US$116 billion globally and has offices in Botswana.

“We believe the oil price is unlikely to stay below the industry’s cash operating cost for an extended length of time.” Oil prices have fallen steadily since the Opec meeting on 27 November, 2014.

The soft oil prices have benefited importers like Botswana. For example, motorists are paying 60 thebe less for petrol; farmers are enjoying themselves as prices for diesel 500ppm went down by 60 thebe per litre and retail prices for diesel 50ppm have gone down by 50 thebe per litre.
Government has indicated that retail prices could go down as it hinted that ‘it will continue to closely monitor the prices of petroleum products in both regional and international markets and make price adjustments as necessary.’

Last week, the World Bank advised oil-importing developing countries including Botswana that the fall in oil prices provides them with a window of opportunity to undertake fiscal policy and structural reforms as well as fund social programs.

The World Bank is of the view that the developing world should advance economic growth by taking advantage of soft prices.

“We model no premium for geopolitical risk but note that Saudi Arabian succession, Venezuelan debt default and Nigerian elections stand out as supply-side risks.”

With the next Opec meeting scheduled for 5 June, 2015, the two Portfolio Managers would not discount the possibility of an emergency meeting being convened before that date. Brent was trading at $78/bl when they met in late November. In their view, Saudi Arabia is waiting for clear evidence of a slowdown in US shale oil production, which could come towards the end of the first quarter.

According to the two, at $50/bl Brent oil they are already well below the marginal supply cost, defined as the cost of pumping the last and most expensive barrel required to satisfy demand, for the industry. They said spending is being reduced, projects are being delayed, and investment in the sector is falling and estimate the marginal cost for US shale to be around $75/bl.

Equally, they are of the view 2014 was a weak demand year, but still a year of demand growth and believe that 2015 demand will be stronger, stimulated by lower oil prices (the traditional cure for low oil prices).

“To reiterate, the oil price collapse has not been caused by a collapse in demand, which was only 0.5% less than estimated. Chinese strategic buying of oil ÔÇô for which there is ample storage capacity ÔÇô could surprise the market in 2015,” they said, adding that 2015 is the most difficult year to model since 2008 due to the sharp slowdown in spending.

Most importantly, Investec experts estimate that US shale oil production growth ÔÇô which has been 1million bl/day for each of the last three years ÔÇô will fall to less than 0.5 million bl/day. The challenge is pinpointing the delay between reduced drilling and reduced production. Such is the efficiency of drilling and tying-in wells, this lower spending will be evident with a drop in production growth coming towards the end of the first quarter in our view.

“Outside US shale oil, 2015 is expected to be a lean year for new conventional field start-ups, as we have written before. The changing tax regime in Russia has incentivised Russian producers to boost production in December and January, but the effect of sanctions and underinvestment could pull Russian production materially lower in 2015.”