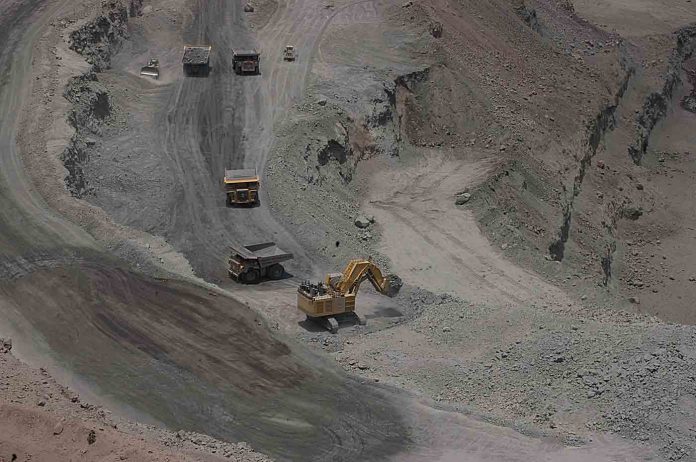 Just like a diamond, a sparkling new hope for Botswana began when a courageous team of De Beers geologists led by Manfred Marx, a renowned geologist made a breakthrough diamond discovery in Orapa in 1967. Botswana was almost a year old from attaining her independence from Britain in 1966. Debeers exploration for diamonds in Botswana started in 1955.

Basarwa oral tradition reveals that their ancestors merely used the precious stones to decorate their shelters and yards.

Being landlocked and a semi desert, Botswana was one of the poorest countries in the world with no hope of any minerals particularly diamonds. The tables were soon to be turned around following this diamond discovery.

In 1971, diamond mining officially began in Orapa transforming the once overlooked area into a booming mining town. The mine was commissioned by the first President of Botswana, the late Sir Seretse Khama.

Owned by Debswana, a  50/ 50 joint partnership between Botswana government and Debeers company, Orapa mine is now the world’s largest diamond mine by area. The mine is located at about 240km from the second city, Francistown. It is the oldest of the four mines operated by Debswana and on average it produces 11 million carats per annum. Debswana is a significant contributor to Botswana’s economy.

The current mine life for Orapa mine is 11 years (up to 2030) for the current cut 2 project mining. The other mines include Letlhakane, Damtshaa and Jwaneng Mines. Jwaneng mine is now the largest in terms of value output.

Orapa has however been merged with Letlhakane and Damtshaa Mines (OLDM). The whole OLDM operation produces 12 million carats per annum on average. Letlhakane mine was opened in 1976 and Damtshaa mine in 2002. OLDM has 3026 employees of which 2 750 are permanent employees and 276 are on fixed term contract.
From 1971 to the end of 2018, OLDM recovered approximately 400 million carats in total. Currently the Orapa mining pit is at a depth of 250 metres and is expected to reach 450 metres by 2026.

Since the discovery of diamonds in Orapa, Debswana has grown to become one of the world’s largest producers of gem diamonds.
Orapa mine has transformed the area into a modern mining town that boasts of fairly good infrastructure. The secure gated community has a shopping mall, hospital, police station, hotels,bars and sports facilities which include a stadium, game reserve and a museum. The population of Orapa is over 12 000.

Last week Debswana celebrated its 50 years anniversary. In his speech during the celebrations in Orapa, OLDM General Manager Bakani Motlhabani said since its establishment as the historic first diamond mine in the country, Orapa mine has transformed to becoming an innovative mine through the use of technology.

“For instance the equipment used in diamond recovery in the 90’s was archaic and not very efficient. Old X-ray machines were replaced with energy-efficient channel displacement x-ray machines that led to greater accuracy in recovery without relying on human intervention,” he said.
He said as part of the success of their technological advancement, Orapa mine recently recovered its first 41.11 carat blue diamond from its number 2 Plant.
The Telegraph also had an exclusive interview with the General Manager about his tenure at the helm of OLDM.

Motlhabani assumed the reins at OLDM as General Manager in January 2017 having worked for 22 years at Debswana and rising through various ranks.

Speaking about his key achievements at OLDM, he said 2017 was an exceptional year of his performance at the mines.

“As part of my achievements I presided over the successful transformation of our Letlhakane Mine from Open Cast Mining to Tailings re-treatment, without a gap in carats produced. There has been a successful market response to market volatility during my time, reducing production while conserving cash and preserving jobs during the market turn down and ramping up production in line with the market uptick,” he said.

He also said under his leadership, there has been an improvement in the cost operation through implementation of efficiency programmes. He further said there has been an improvement in the support of sports development such as continuing the Orapa United football team success, Boteti General Manager’s Cup in football and Orapa Diamond Golf Challenge which has grown in stature to become the biggest gold tournament in Botswana.

Narrating some of the challenges he is facing, Motlhabani said achieving a true zero harm environment where people go to work and return home without a scratch or injuries has proved to be a difficult exercise .

“Ensuring a seaming less transformation to a large scale mining operation when the cut 3 project is fully implemented while meeting all stakeholders expectations is also a challenge,” he added.

Asked on plans to expand the historic Orapa mine operation, he said they plan to expand it to cut 3 and they are still at a feasibility study. Asked on his relationship with the mine employees especially the unions, Motlhabani was quick to explain that at OLDM they hold employees in very high regard and pride themselves in having the best talent in the mining industry and the country at large.

“Our relationship with employees is based on mutual respect and recognition of the contribution they make in the success of the company. We recognize the Botswana Miner’s Workers Union as bargaining agent for our employees in the bargaining unit and treasure this relationship. We invested a lot of time in relationship building with the union and our engagements have been focused and progressive. When we have differences there are processes for dealing with them, which we both follow,” he said

In an effort to diversify the economy of Boteti Sub District and sustain it post mining life, OLDM has a vision “Orapa Today,Boteti Tomorrow”. Motlhabani said in line with this vision, Debswana through OLDM mines identified initiatives to drive the Mine closure plan socio-economic component. He said they established a Diamond Museum, Expanded Orapa Game Reserve, relocated Orapa training centre to Letlhakane and facilitated a development of a business park.

“The first two initiatives have been completed and plans are under way to complete the last two,” he said.

Touching on their Environment, Occupational Health and Safety  performance, he said there is an improvement because of the implementation of various initiatives geared towards achieving zero harm. He said this improvement is due to the joint efforts of the employees, the strategic business partners and other stakeholders.

On Corporate Social Investment (CSI) projects, Motlhabani said Debswana as a whole has gained significant strides in areas of education, sports development, indigenous knowledge and cultural heritage, community development and biodiversity among others.

“Some of the projects we have recently funded include the Construction of Classroom blocks at Mokoboxane Primary School, Orapa CJSS, renovation of Science, Design and Technology Labs  and Library in Letlhakane, Mopipi and upgrading outdoor facilities at Makgadikgadi CJSS  in Mosu. The Letlhakane CJSS has enjoyed the CSI support and in recent years they benefitted to improve their ICT support,” he explained.

Motlhabani said successful projects under enterprise development include training of 100 Boteti youth on entrepreneurial skills. Among others he also said they have capacity development training in Metsiaela (Letlhakane) to preserve the indigenous knowledge on craft development. He also said they have installed street lights in Letlhakane and have a procurement bus for disabled students in Rakops where school enrolment increased.