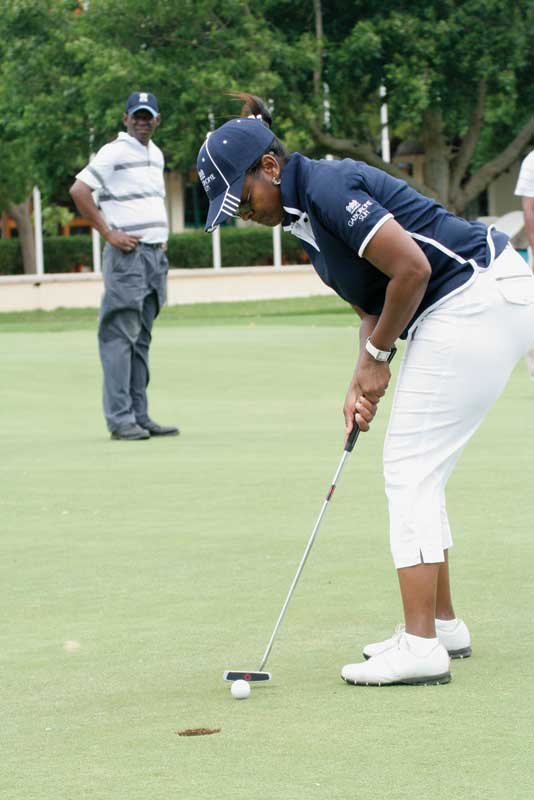 Orapa is expected to host the cream of this country’s golfers this weekend as the Botswana Golf National team will be in a training camp to prepare for the Zone VI tournament scheduled for April this year in Gaborone.

According to Onel Mokgosi, the Vice President of the Botswana Golf Union – Northern region and also the national team manager – the purpose of the training camp is to provide the national team players with practice as early as possible and assess areas of improvement. “This is part of this year’s development programme we have put in place,” he said. “Orapa Golf Club (OGC) has been chosen as the host of this year’s first training camp because it provides a challenging layout and plays difficult.”

He noted that they would to set-up the course in a very difficult way to test the players, adding that the national team players will also have an opportunity to play OGC again at the end of February. Botswana Golf national team will battle it out with 12 countries, among them South Africa, Namibia, Zambia, Zimbabwe, Malawi, Kenya, Uganda, Swaziland, Tanzania, Lesotho, Mozambique and Rwanda.

Mokgosi noted that they expect nothing but a win from this Zone VI tournament adding that home ground will play to their advantage.

“As per our performance target, anything outside a medal position will be a failure,” the national team manager beamed.

He noted that this year the national team has been selected early, adding that the performance of most of the players was very impressive last year and early this year. Mokgosi further stated that Diane Lucas achieved one of the rarest attainments in Botswana golf last year by winning the Independence trophy.

“This tournament is usually won by high handicap players and he achieved that by a score of 2 under par,” he said. Mokgosi added that seven of the payers who are in the current national team were also in Zimbabwe, and that they have added another two strong players, Peter Podise and Mpho Kelosiwang who did not play last year due to work commitments.

“Two of our young players, Stuart Smith and Mpho Orapeleng, are currently studying full time in a golf school in South Africa,” he said. “Stuart is at the Golf School of Excellence and Mpho at the Gary Player school of Golf.

Stuart and Mpho have shown improvements in the last year and Stuart achieved a top six position (out of 52 players) in the all Africa Golf Championship in Egypt last year. Mokgosi further stated that their development programme is starting to show results.

“We believe that Botswana has a lot of golfing talent and we are doing our best to nurture the current talent and implement programmes that will assist us in unearthing more talent.”

Botswana achieved its best ever result when it attained position two in the inaugural Zone VI of 1982, but regrettably fared badly in the subsequent Zone VI tournaments.

However, in the last four years, the team’s position has been gradually improving. The best position Botswana attained was last year when it got position five in Zimbabwe, missing clinching third position just by one point.