PSP dragged before court for sacking a senior official 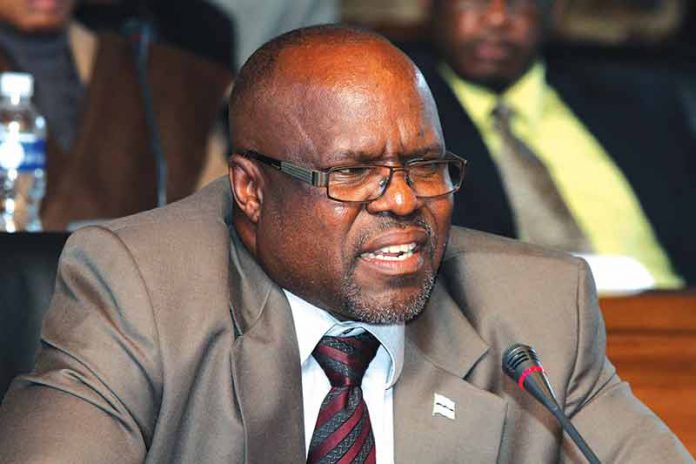 Permanent Secretary to the President Carter Morupisi is expected to appear before the High Court in a case in which he fired a senior civil servant for remarks he allegedly made at a Kgotla meeting in Malaka village.

Gaborone High Court Judge Gaolapelwe Ketlogetswe this week preceded over the case in which Senior Assistant Council Secretary Koti Molefi based in Palapye was unceremoniously fired over utterances he allegedly made against Morupisi during a kgotla meeting.

Molefi is challenging his unlawful dismissal and demanding damages amounting to more than P2 million for breach of contract which was coming to an end in 2020.

Molefi was employed in 2012 for a two year contract at Palapye Admin Authority but his contract was later extended by 5 years by Morupisi.

According to court records, Molefi was fired after he responded to a question during a kgotla meeting from one Reverend Nyaza who had posed a question to the effect that “do Civil servants only do their work when threatened by Permanent Secretary  to the President?”

Molefi who had attended the Kgotla meeting which was addressed by Minister of Lands and Housing on the 14th January 2016 responded to Nyaza by saying  “as a custom…civil servants do their work diligently with minimal supervision as per the Public Service Act and Public Service Code.

He added that “should any officer fail to perform they must be reported to their immediate supervisor and should that fail then the matter may be taken to any higher office and not being threatened by PSP like Revered Nyaza is claiming.”

This did not sit well with Morupisi who was not in attendance but heard it from one of his loyalists who had attended the said meeting.

Molefi was fired after he was summoned to Morupisi’s residence in Malaka Village where he was asked by Morupisi as to why he was being disrespectful by failing to convene a meeting to retract his words.

When giving evidence in chief, before Ketlogetse, a driver, Kamogelo Kgolagano who transported Molefi from Palapye to Malaka Village told the court that upon arrival at Morupisi’s home,  the Permanent Secretary to the President yelled at him and ordered him to leave his house because he didn’t want him to hear what they were discussing.

He said upon getting such harsh instructions, he moved the car which was parked inside his home and parked it outside.

“While I was still outside I could still hear what they were discussing because I heard PSP telling the complainant that he was disrespectful to his villagers. And that he would  dismiss him from work if he failed to convene another meeting to retract what he said during a Kgotla meeting.”

Kgolagano added; “I could hear that the man was not happy. I also heard him saying Molefi should call another meeting and apologise for giving false information about him and if he failed  to do that he would  dismiss him from work,” said Kgolagano.

State lawyer from Attorney Chambers, Grenorrah Begane did not oppose the testimony of Kolagano who was giving evidence on what transpired on the 15thJanuary 2016 at Carter Morupisi’s home in Malaka Village.