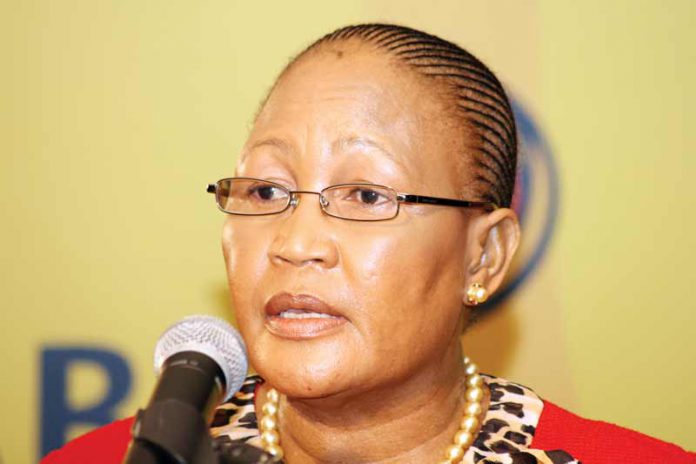 Bank of Botswana says reduced financial inflows that include those from the Southern African Customs Union (SACU) and an increase in drawdown by the government from external loans led to a reduction in the level of foreign exchange reserves last year.

In its annual report for 2010, the Central Bank, headed by Governor Linah Mohohlo, states that the reserves fell cumulatively by P7.1 billion last year.

“The decline in reserves was due to a combination of the overall balance of payments deficit and exchange rate movements, with appreciation of the Pula against most major currencies lowering the value of reserves in domestic currency terms,” it reveals.

After increasing at the start of the year, the foreign exchange reserves followed a generally downward trend during 2010.

This was despite strong growth in exports particularly diamonds, which was largely offset by imports resulting from both continued high levels of government spending and major capital projects.

Botswana, like the rest of exporting economies, was hard hit by the recession as key markets of U.S and Europe were highly affected. However, recovery has been on sight since last year.

The Bank said mining output was dominated by the recovery of the diamond sub-sector which rebounded, in terms of volume and price, from the weak demand for exports that led to the temporary suspension of production in the first quarter of 2009.

“In the first three quarters of 2010, diamond production was 41.6 percent higher than production during the same period in 2009, and included output from a small new mine, ” the Central Bank states.

It added that copper and nickel production also recovered markedly, boosted by higher prices that rebounded to pre-recession levels and reflecting strengthening demand, notably from buoyant emerging economies such as China and India.

Diamond production by Debswana is projected to increase by about 20 percent in 2011 to 27 million carats, and then to 30 million carats in 2012.

Capacity at the existing diamond mines is being expanded and plans to open more new mines are at various stages of development, ranging from preliminary prospecting to mine construction.

A major new copper and silver mine is being developed close to Maun, and other developments in the same area are anticipated. Plans to invest in uranium mining are at an advanced stage, while the focus for exploiting Botswana’s large coal reserves has shifted away from regional power supply to exports of thermal coal.

It says the contraction in the balance sheet in 2010 was mainly due to a reduction of 36.3 percent in government deposits to help finance the budget deficit, while the value of BoBCs increased by 3.6 percent to P17.6 billion.

On the asset side, the foreign exchange reserves contracted by 12.2 percent.

“Contributing to this growth were holdings of both domestic and foreign equities, which rose by 14.7 percent and 10.7 percent, respectively, while the value of offshore bonds increased by 2.3 percent. In contrast, the value of domestic bond holdings declined by 5.8 percent.”