Sekgororoane tight lipped over next move as she leaves BTO 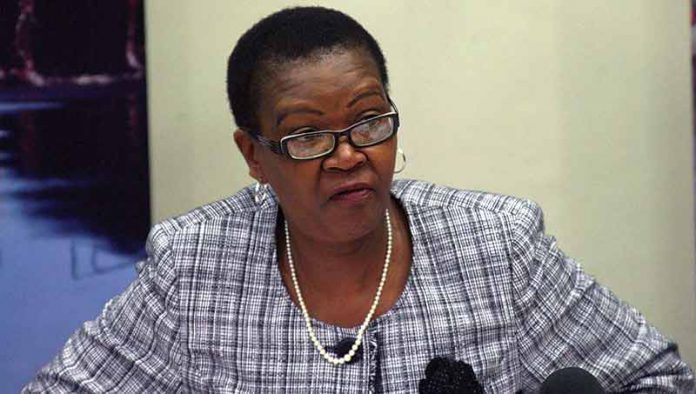 It all started at the Parliamentary Village flats in 2006 where the then Botswana Tourism Board has been accommodated temporarily. Myra Sekgororoane had just been appointed CEO of the board, now rebranded into Botswana Tourism Organisation or BTO. Now the journey ends in the more shiny offices at the Fairgrounds, the Gaborone finance district.

Sekgororoane, a tourism industry veteran, is leaving her position at the end of the year after serving the organisation for eight years.

“As I bid the tourism sector farewell as I step down from the leadership of BTO this December, I have enjoyed working with all the players in the sector through the good and some challenging times and issues,” she said.

“I have done my time, and it is time to move on. I wish the stakeholders in the tourism sector all the success as business people and am confident that this country’s tourism has every opportunity to continue to grow by attracting both foreign and meaningful citizen investment and collectively contribute more to our economy,” Sekgororone added.

Government has already started looking for a replacement as new CEO advertisements have been put in the media.

Sekgororoane has been reporting to the immediate past BTO board which was chaired by Victor Senye who has been assisted by BIFM Chief Executive Officer, Tiny Kgatlwane. The board also consisted of Laurence Kupe, Dr. Susan Keitiumetse, Godfrey Kupe, and Gaylard Kombani.

She leaves BTO at a time when the organisation is running in absence of a board of directors and worse still, she has no idea of who she is handing over the office to as there is still no candidate appointed to replace her.

She however expressed confidence in the BTO executive management that she has been working with. “Some of them have acted on many occasions as CEO during my absence handled the organisation very well.”

The CEO and the board as a governing body are appointed by the Minister for Environment Wildlife and Tourism, Tshekedi Khama.
Sekgororoane has remained tight lipped about her next move although she has a wealth of experience in the tourism industry. The media has speculated that she may have fallen out with President Ian Khama.

In an interview with The Telegraph’s sister publication Sunday Standard in July, she sounded frustrated at the lack of treatment of tourism as a sensitive industry.

“This means that we compete with all other sectors, which in itself is a failure to recognize the fact that tourism has own peculiarities and sensibilities. When it comes to tourism, compatibility is very important and it does not help to locate a hotel next to a welding workshop,” she said at the time.