Shot in the arm for Okavango Research Insititute 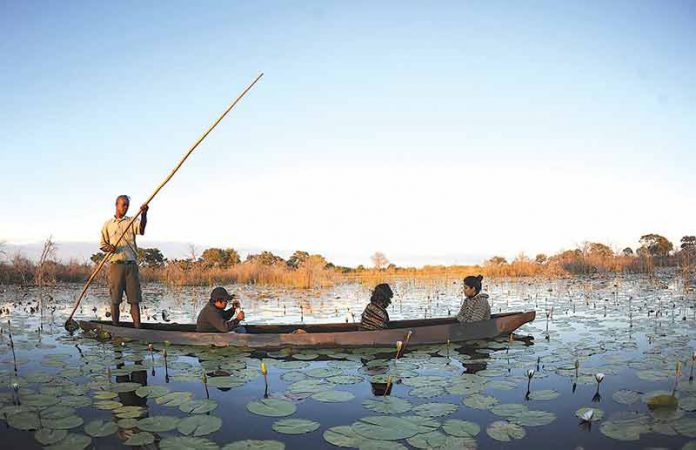 Okavango Research Institute (ORI) of the University of Botswana has received a sponsorship amounting to P2.5 million from the European Union to undertake an extensive community development research on the promotion of sustainable livelihoods in transfrontier conservation areas.

ORI Director Professor Joseph Mbaiwa told a press conference recently that the whole idea is to conduct research at the Okavango delta and other dry lands with much emphasis on Human Wildlife Conflict which is dominant in the district, the Okavango and the Chobe areas being the hardest hit.

He said as ORI, they are looking forward to collecting as much data as possible so as to pave a way forward to resolving the many conflicts.

The study sites of the research will be Seronga, Beetsha, Gunotsoga and other areas across the Okavango River where communities are not even involved in Tourism and cannot grow crops or rear livestock as a result of destruction caused by elephants.

“Our hope is that by the time this three year project comes to an end, we will be in a position to give solutions with regard to Human wildlife conflict. We hope to come up with results which will help guide policy development by government,” he said.

He added that “These conflicts come a long way and it is high time they be dealt with in a manner that will benefit communities which co-exist and live on the edges of protected areas.”

Mbaiwa further stated that their wish is for all natural resources to benefit the current generation and not jeopardize those who will come after them.

At a recent meeting where the same matter was discussed, deputy Permanent Secretary in the Ministry of Environment Wildlife and Tourism Felix Mong-gae mentioned that government has issued a 100% compensation for destructions caused by wild animals. He said P90 million has been set aside for compensation this financial year, and will cover destructions caused by other animal species besides elephants. In the event of death, he said, they would give out a payment of P50 000 to the bereaved family and an additional P20 000 to be used during the funerals of victims. This, he said, is not necessarily to replace the deceased but to offer assistance and to show kindness on the side of government.