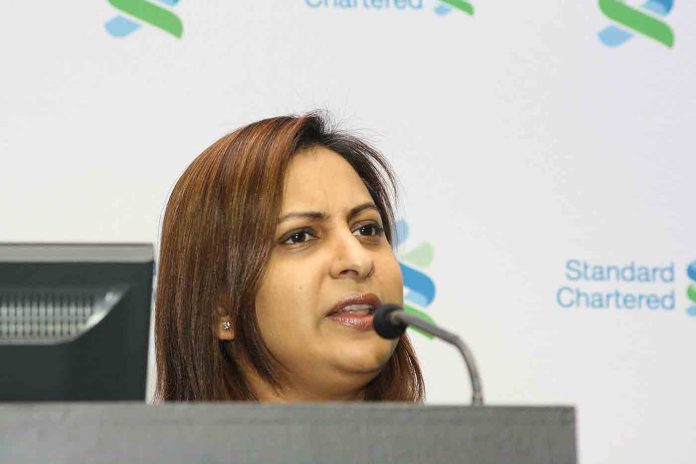 Botswana’s private sector may need to take over from the public sector as the main driver of economic activity, an economist at Standard Chartered Bank – Razia Khan has said.

Khan, who is the Stanchart Chief Economist for Africa and the Middle East, said Botswana has achieved lower-middle-income status, and in order to see further development and escape from the ‘middle-income trap’, it will need accelerated reforms.

With 17 years left before 2036 ÔÇô the year, in which Botswana aspires to become a high income country, economic pundits are already questioning whether the country is trapped in the middle income bracket

Khan said if Botswana is to transition at some point, it will need a higher growth rate and higher investment, adding that government cannot do that on its own.

“Should Botswana get its reform agenda right, eventual upper-middle-income status remains in sight,” she said.

Economic indicators and data show that the country’s transition to becoming a prosperous and modern economy has only just begun. Having been declared by the World Bank as an upper-middle income country in 2005, the country seems to be stuck, atleast for now in that bracket.

Globally, the notion of a middle-income trap has generated much interest and discussion, but little consensus. There is no agreement on what the trap is or how long a country needs to be at the middle-income stage to be considered trapped.

The global debate centres on a well-known stylized fact. Many countries, including Botswana made the jump from low income to middle income, but only a handful were able to make the final jump from middle income to high income. Economists suggest that a number of structural factors, such as the shift from input-led growth to productivity- and innovation-led growth, make the middle-to-high transition more challenging.

For Botswana, some economic pundits are of the view that with the right mix of policies and laws, the country can still can change its fortunes by 2036 and earn a few more tiger stripes.

The country’s central bank says in order to move to the next economic stage Botswana need a through introspection of its Development Financial Institutions otherwise known as DFIs.

Bank of Botswana says the overall performance of the FDIs in Botswana has been lacklustre, evidenced by recurring episodes of restructuring, refinancing and closures.

The bank says given the desire to support the industrialisation objective and the positive experience of other countries, a reassessment of the potential for the local development finance institutions is warranted.

“Beyond the private financial institutions, there is evidence from the experience of other countries that development finance institutions can be effectively harnessed to drive the industrialisation agenda”, says Director of the Department of Research and Financial Stability at BoB – Dr Tshokologo Kganetsano.

Khan agrees with Dr Kganetsano that, “Action is needed on underperforming parastatals and many more measures could be taken to deepen the financial sector,”

The private sector mouthpiece ÔÇô Business Botswana for its part believe that over time, it became apparent that Botswana’s continued reliance on diamonds as the main driver of economic activity is unsustainable hence the need to diversify the economy as a matter of urgency.

“While the country has made strides towards “Prosperity For All”, it is still faced with a number of challenges. In particular, the successes of the past do not necessarily guarantee future success in raising living standards”, reads part of the concept paper of the BB 2018 national Business Conference.