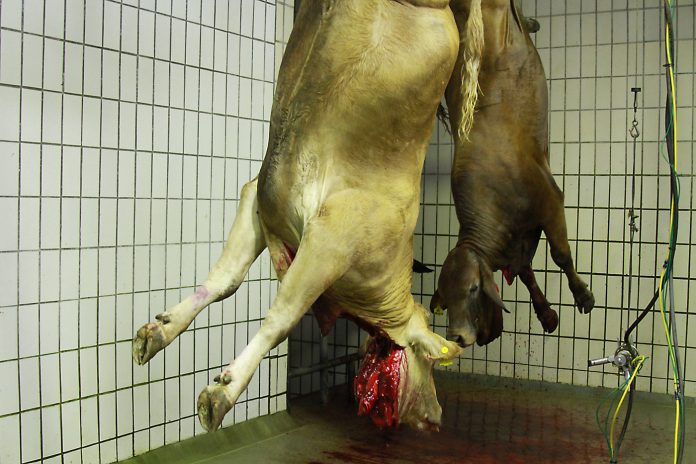 The long awaited amendment of the Botswana Meat Commission (BMC) Act is expected to be presented in Parliament in November this year, possibly to mark the beginning of an end to BMC’s beef export monopoly.

Junior Minister at Agriculture ministry ÔÇô Kosta Markus told Parliament this week that the Ministry is aware of the need to table the Bill to amend the BMC Act in order to end the beef export monopoly.

He however, said the removal of the monopoly is subject to the development of Beef and Cattle Industry Transformation Strategy.

In addition, the beef cluster competitiveness reinforcement initiative addressing the value chain must also be developed; Botswana Meat Commission be privatised and lastly the establishment of Livestock and Meat Regulator.

In all these four areas, Marcus said the Ministry of Investment Trade and Industry (MITI) and the National Strategy Office (NSO) is leading the initiative are working on them respectively.

“It is only after the above preliminary requirements have been met that the Bill to amend the BMC Act can be tabled before Parliament, which will come in the November Session this year,” he explained.

Meanwhile, one of the key areas that President Mokgweeetsi Masisi promises in delivering is to make the meat industry profitable again, by improving the ease of doing business. Masisi’s government intends to cut the middle man to be able to directly sell meat outside Botswana without prohibiting and cumbersome process of trading.

In December last year, Public Enterprises Evaluation and Privatisation Agency (PEEPA) revealed that it has set a target of May 2019 for the release of a strategy paper that will outline how the government will sell part, if not all, its stake at the Botswana Meat Commission (BMC). According to Obakeng Moumakwa, CEO of PEEPA, the privatisation of BMC is set to take place in three stages, the first of which entails converting BMC into Limited Liability Company. The second stage will be the development of a privatisation strategy and the third will be the implementation of the strategy.

Sometime in 2015, Botswana Institute for Development Policy Analysis (BIDPA) researchers published working paper, indicating that the single export channel, through a state trading export monopoly, means that the collapse of the state trader may lead to an instant collapse of the beef industry in Botswana. The research paper titled ‘Export Competitiveness of Botswana Beef Industry’, pointed out that the potential threat is not far-fetched in that BMC has operated at idle capacity since the 1980s when its throughput began to steadily decline.

In addition to that, such eminent threat is also reflected in the poor financial performance of the BMC, characterised by declining and negative profits. The researchers also believed that Botswana’s competitiveness is enhanced by the duty/quota free access of its beef exports to the EU market, while the country’s key competitors are subject to high import duties in the same market.