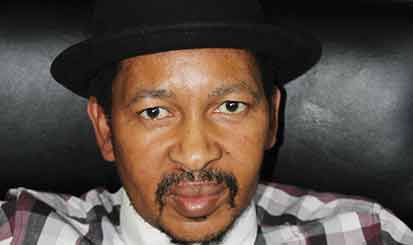 Sunday Standard Editor Outsa Mokone faces possible imprisonment after the Directorate of Public Prosecutions (DPP) this week slapped him with a writ of summons to appear before a Gaborone Magistrate on Tuesday were he will be charged with sedition.

The decision to lay the criminal charge against Mokone follows a ruling in August this year by Lobatse Acting High Court Justice Jennifer Dube that sections 50 and 51 (sedition) of the Penal Code are consistent with the Constitution of Botswana.

The charges against Mokone were formulated by Wesson Manchwe on September 16, less than three weeks after the High Court ruling. The writ of summons, however, was only given to Mokone on Friday.

Mokone, through his lawyers, Bayford Associates have managed to stay his prosecution for two years, and tried to overturn the charge through a legal bid demanding that the provisions of Section 50 and 51 of the Penal Code are contrary to Section 12 of the Constitution of Botswana in that they infringe on the Right to Freedom of Expression.

Dube, however, ruled that sedition is in line with the Constitution of Botswana. “Despite that the sections may be considered by some as unconstitutional and repressive of the freedom of expression as enshrined in the Constitution, the sections are, in my view, legal limitations to the said right so as to recognise and respect other persons rights and freedoms as well as to respect their dignity,” said Dube.

The judge added that “what the Applicant sought to do is, on the converse, what he and other interested groups should be doing to lobby the relevant arm of the government to consider what they deem to be necessary amendments to be effected on the Penal Code as to decriminalise sedition and give effect to what the Applicant has described as progressive movements taking place all over the world”.

She said the Attorney General’s contention that the story falls under the limitations under both Section 3 and Section 12 (2) is more compelling and convincing.

Dube also found that “such limitations have been amplified by sections 50 (2) which sets out what would amount to the derogations provided for in the Constitution.

Mokone will appear for mention Tuesday (December 13, 2016)morning at the Gaborone Regional Magistrate South at 8.30am.