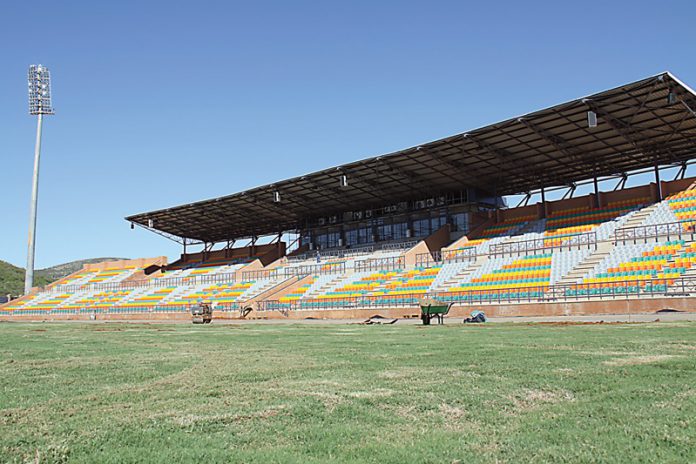 Minister of Infrastructure, Science and Technology, Johnny Swartz, this week told parliament that some local stadiums were fast-tracked so as to reap the dividends anticipated from the just ended World Cup bonanza in South Africa.

Botswana is at pains to justify its massive refurbishment and building exercise of new stadiums but failing to attract a single foreign team to its shores.

As a result, some people are baying for ministers Kitso Mokaila and Shaw Kgathi’s blood for the failure.

Being ministers of Tourism and Sports respectively, the two led the task force to attract competing teams and tourist fans but claim that none of the stadiums was fast-tracked for the tournament, adding that the building of the new Lobatse and Francistown stadiums was, in fact, part and parcel of the national development plans and were in the pipe-line for implementation.

However, answering a question posed by Mogoditshane MP Patrick Masimolole on Wednesday, Swartz differed with his colleagues, insisting that some refurbishment and building of the new stadiums were pursued with the World Cup across the border in mind.

“In anticipation of the potential spin-off from the 2010 World cup even, some projects were fast-tracked, resulting in cost increases for consultancy services,” Swartz said.
Although under implementation, the former minister of Transport indicated there are 186 projects, 17 at pre-planning, 73 pre-contract while 96 are at post contract stages.

“The cost increases indicated in this project are all due to the difference in the cost estimate and the actual contract sum consistent with the prescribed percentage fee scales,” Swartz revealed, adding that “this project was conceptualized more than 10 years ago during which period the cost escalated”.

Besides the increase in consultancy fees, Swartz also revealed increase in contractor fees.
The Lobatse Stadium, under Zhong Gan Construction and its sub-contractors tendered at P139, 340, 409. 37, which would escalate to P193, 760, 513. 89 because, during the construction, the designs of the stands were changed from embarkment to concrete frame structure due to the soil conditions.
Although not yet changed at P P174, 826, 508. 40, the fees for Tuwana Construction, the main constructor at the Francistown Stadium are expected to increase at approximately 25 percent due to escalations and extension of time claims.

Unlike other stadia, however, Swartz said Gaborone National Stadium, under Hitecon, is expected to be finished within budget at P66, 601, 782. 08.

While the date of completion of the two stadia has been extended, Swartz however anticipates the hand-over of Gaborone Stadium in August 2010.

”My ministry is aware of implementation problems associated with these projects and, as a result, we are in the process of reviewing the method of engaging contractors and consultants,” Swartz noted, insisting that “to break emerging monopolistic and cost escalation trends my ministry is reviewing procurement strategies to remove exclusive consortium bidding, establish procurement unit and a national construction board”.

“Furthermore,” he said, “my ministry has introduced ministerial technical units and regular project visits by senior management to improve on supervision,” he concluded.

Worried about the stadia, which were earmarked for the just ended World Cup, Masimolole wanted to know the progress so far so achieved, the consultants employed and the expenses incurred to date.