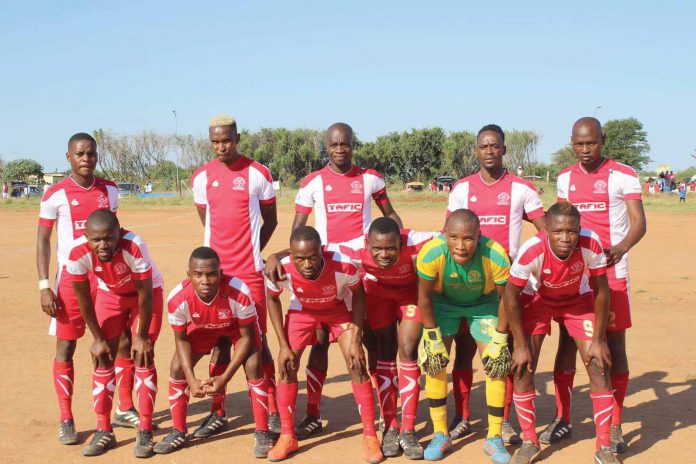 The two clubs have expressed their intentions to make an impact in the growth of domestic football.

Francistown-based Tafic are set to put the matter of professionalisation of the club before their general membership during their upcoming Annual General Meeting (AGM).

Following their prolonged stay in the lower divisions, Tafic are eager to ensure their stay in the league and the club hierarchy is said to be keen to do everything possible to achieve this.

With the Botswana Football Association (BFA) also seeking to enforce club licensing regulations next season, Tafic aim to be ready and to have a fully running set-up at the beginning of next season.

Speaking in an interview, Tafic spokesperson Warrant Kolola confirmed that they were working on commercialising the club for it to be a competitive entity that could bring positive results.

‘’We have not passed the motion yet but we are looking at addressing members and seeking clarity on the constitution on how to turn things around. We have been going around on a benchmarking mission searching for a suitable model that can see the club to turn professional,” Kolola told Sunday Standard.

He said club members should be aware of the challenges that come with a club playing in the elite league.

“Competing at the highest level is not an easy task and comes with demands that need a steady budget. Our mission is to have a model that can easily suit investors wishing to come on board,” said Kolola.

For his part, Sharps Chairman Molefi Molefhe said the platform with his club is not of a society and their wish is to turn professional in the near future.

“We are not a society and the club is owned by an individual who has been supporting it from his own pockets. It is vital for clubs to change from amateur to professional so  that they can make an impact on the lives of players and club members,” said Molefhe.

He said they were aware of challenges ahead in the Premiership and strategies are in place to conquer against the finest.  “There is a lot to cover and our mission is to stay in the elite league so it is upon us to run the club professionally to achieve our target of staying in the league next season,” Molefhe told Sunday Standard.