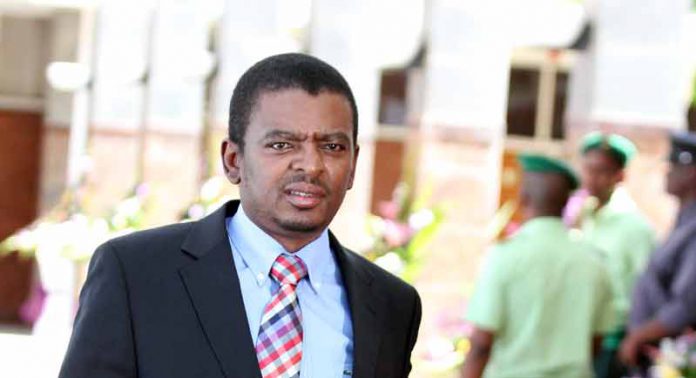 Maun West legislator, Tawana Moremi, upped the ante over the World Cup saga, roping in President Khama and his entire cabinet for failing to attract tangible benefits from the just ended 2010 soccer bonanza.

Moving the motion last week, Botswana Movement for Democracy MP Botsalo Ntuane, implicated ministers of Tourism and Sports, Kitso Mokaila and Shaw Kgathi, respectively, for the anomaly, calling on the two to resign their cabinet posts or face the music from President Khama.

However, debating the motion on Friday, Moremi fought from another corner, implicating the President in the saga and calling on the highest office to lead by example.

“They usually strike as persons who live to expectations, visiting civil servants offices and council chambers preaching about delivery and dignity and, to some extent, expelling them, forgetting the public is watching them. They should not hide behind a finger and try to point fingers at something else other than their own short-comings. The highest office should humbly say to the public what “we tried to achieve and failed,” argued Moremi, adding that “delivery and dignity should be extended to all citizenry indiscriminately”.

While the Khama administration took lightly suggestions from some quarters for Botswana to host the 2010 Africa Cup of Nations, Moremi is adamant that is where the country lost its footing, arguing that the tournament could have been a stepping stone for Botswana to find meaningful routes to reap tangible dividends from the World Cup.

“South Africa had long won the bid to host the Cup and we should likewise have long prepared for the tournament by way of engaging ourselves with tournaments such as the Africa Cup of Nations to obtain meaningful ways to capitalize on the soccer extravaganza. Right now where are we?” Moremi insisted.

Besides accruing profits from its soccer crazy inhabitants, South Africa, he maintained, ballooned its economy via the Batswana fans who visited the country in droves to watch footballing heroes from fan-parks.

“Here entertainment and fun to celebrate the New Year are criminalized,” he argued, citing a recent occasion during the tournament when, in his constituency with foreign friends, they were chased from the bar whilst waiting to watch the second half of the game because it was 2030hours- the country’s legal week-day time to close.

While the Khama administration splashed massive amounts of money on constituency leagues and even sponsored the Mma Ramotswe movie, Moremi is stunned the same was not extended to the Brazilian team, which solicited for a few million pula to engage the Zebras in a friendly game prior to the World Cup.

“The encounter could have instilled and inspired morale amongst our players who would have been pleased to rub shoulders with world class players such as Robinho,” he said.

Earlier, contributing to the debate, Mokaila exonerated his team, arguing that even though the preparations for the World Cup were not budgeted, they lived within their means.

“We took money from different ministries to prepare for the tournament. There is nowhere in which we were careless and extravagant and we carried the task in the best national interest of this country. If only it can be said we were overly excited maybe….but the whole context of the motion is not justified,” he maintained.
Debate on the motion will continue.