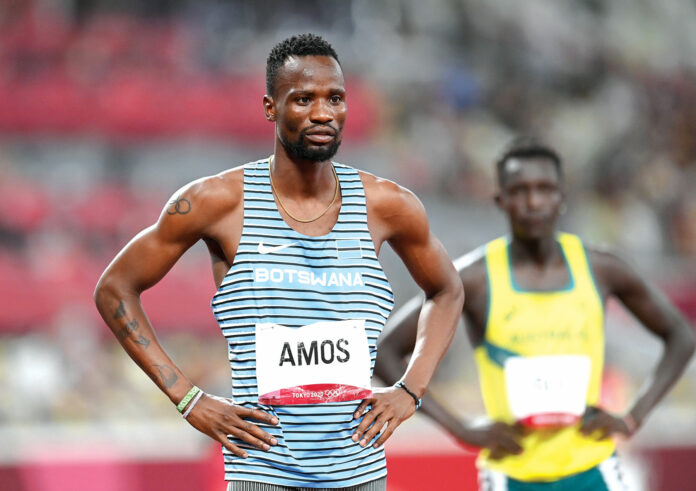 As top athletes continue to shine on the international stage, here at home, the authorities find themselves facing a new war, Doping!

His sample had allegedly tested positive for metabolites of GW1516. The substance, according to Ntebo Khubamang of the National Anti-Doping Coordinating Office in Botswana, is a supplement for weight loss.

She went on to explain that the substance modifies how the body metabolizes fat and some individuals use it for building stamina or endurance for different reasons. Worse still, research has shown the substance to be a health risk.

“We are aware that it was discontinued in healthcare after its side effects showed to cause cancer. But it enhances performance in terms of stamina or endurance,” Khubamang explained.

The Botswana NADO officer noted that the substance normally comes as endurabol. It is normally in a supplement form and its by-products are found as a metabolite in urine for those who have used or consumed the product.

“The substance takes less than 5 days in the body system. It should be noted that our office has not received any formal notification from Athletics Integrity Unit (AIU) on the matter which contains all the relevant information on the Adverse Analytical Finding,” says Khubamang.

In the days following the announcement, BAA vice President Oabona Theetso said they were ‘still wrapping their heads around the news of Amos’ doping.’ In his words, the news had hit them hard.

“At the moment we do not know the intensity of the drug he may have used, we are still yet to find out. We tried to get answers from him but his phones are off. We are clueless of what is really going on,” he said.

While the loss of Amos affects the country’s medal prospects, for both BAA and Botswana sport, it cuts deeper than just medals. It puts the country in a spotlight they would have rather avoided.

The fact that the news came at a time when the country was facing yet another doping issue makes it a hard pill to swallow. Not so long ago, the country’s NADO announced another athlete had returned an adverse analytical finding.

While the athlete’s names were kept confidential at the time, recent news have alleged it to be local long jumper Tlhalosang Tshireletso. The athlete is also in Oregon where he is scheduled to compete in the long jump.

With two national team athletes caught up in doping allegations in a space of a month, the country is now waiting to see how this will end up. Botswana has been carving herself a name as an athletics powerhouse. The fear now is that this may attract negativity to the country.

“Nijel Amos is a big name when it comes to athletics, and this doping issue will somehow attract a negative picture not only to BAA but Botswana as a whole. Even though the anti-doping just randomly selects athletes to test, they might start camping on our athletes,” Theetso opined.

Now as Botswana comes to terms with the latest doping allegations, BAA is aware the country has to work around the clock to stem the tide. This however will not be easy.

Doping substances change on a regular basis. Given that what may be allowed today may be forbidden in the near future, Theetso said it may not be the last case of doping in Botswana. As a precautionary measure, Khubamang said athletes should be particular about the supplements they use. “The NADO office still educates our athletes and their support personnel on the dangers and risks of using supplements that have not been verified by the team doctor or medical personnel, who are privy to the prohibited Substances on the 2022 list,” she adviced.