There is no such thing as gender-based violence ÔÇô Boko 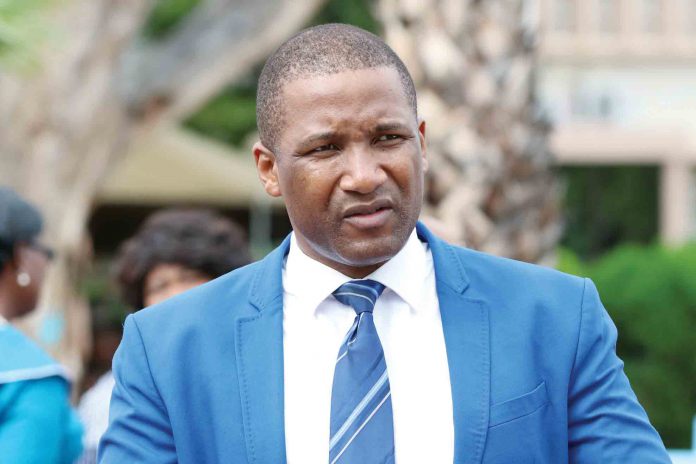 In fairness to him, the Leader of the Opposition, Duma Boko, has made it very clear that he doesn’t condone violence but don’t expect him to start using “gender-based violence” any time soon.

Speaking in parliament last year, Boko trashed the idea of “gender-based violence” and challenged ministers ÔÇô or anyone else for that matter, to prove otherwise.

Boko, who is the MP for Gaborone Bonnington North, argued that there was need to deal with the spectra of violence in a general sense.

“That is what the law does. The Penal Code does not tell us if you beat up a woman or if you beat up a man; it just says violence. Maybe you want to amend the law and start talking specifically about male or female violence, but violence in terms of the law is not gendered. So, let us deal with violence – and there is a lot of it. Let us deal with violence generally. I do not understand your logic and I may have to engage with those who articulate this concept of gender-based violence. Violence is violence,” the MP said.

These words become relevant in a dark episode during which some young women have lost their lives under the most tragic of circumstances and “gender-based violence” (GBV) has rhetorically taken centre-stage. Language is a socially contracted commodity and different groups of people can’t be using dissimilar language when they are referring to the same thing. That Boko doesn’t deny the existence of domestic violence but makes a metalinguistic argument to reject the language that is widely used to describe the problem will burden the process of dealing with the problem because the choice of vocabulary has to be debated first. No one ever took Boko’s challenge because even after Sunday Standard published his words, no one came forward to publicly disagree with him.

The UDC leader has a track record of making controversial public statements, in some cases against people who – beyond their vocations – are also voters. Often during the course of bragging about his post-graduate education at Harvard University, he has dismissed Botswana journalists as falling in the two simple categories of “mediocre” and “bitter”, former colleagues at the University of Botswana for lacking rigorous scholarship and High Court judges for having an infirm grasp on English grammar. During a protest march two years ago, he told protesters that it would be in order for them to “beat up” police officers. In the last session of parliament, a ruling party MP reminded Boko of the latter remarks. Pending before the High Court is a case in which Advocate Boko compared incumbent President Ian Khama (and now client) to a “demon”. The statement containing the word was expunged from the Hansard and Boko has gone to court to have it restored.