Tibone says he is not quitting active politics 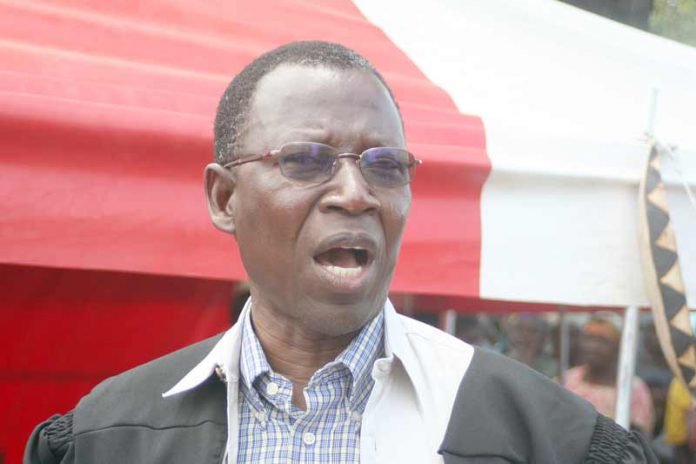 Tati East Member of Parliament, Charles Tibone, has dismissed rumours doing the rounds that he is in the process of quitting active politics.

Some Botswana Democratic Party (BDP) activists in his constituency are understood to be readying themselves to contest the primaries as rumour intensifies that Tibone, who recently resigned his cabinet post as Assistant Minister of Finance and Development Planning, is on his way out come 2014.
The legislator has, however, strongly dismissed the rumours.

In an interview with Sunday Standard, Tibone, an astute businessman, has rubbished the rumours.
“If it was true you would have heard it from me. There is completely no element of truth in the rumour. In fact, who told you so? Who is peddling that rumour,” said Tibone in a telephone interview.

However, a councillor who preferred anonymity in his constituency has maintained that there is thickened plot to oust Tibone in the coming primaries.

“There is a feeling within some people in the party that Tibone has not delivered in the two terms that he has been the constituency’s MP. It is out of that feeling that some people are lining themselves to peddle the rumour. It appears the scheme is so thick that if he does not opt out, he will face stiff challenge in coming primaries,” said the councillor.

While the councillor maintained that he is aware of such a plot, he confirmed that the former minister has not communicated such a desire if ever he harbours it.

“As councilors in his constituency, he has not told us anything. When he wanted to quit cabinet, he formally informed us. In the circumstances, my conclusion is that the rumour is baseless and is being peddled by his detractors who want to snatch the constituency from him,” said a source.

He added that since the rumour has become public, it should sound a strong warning to Tibone.

“He should know he is skating on thin ice and, therefore, he needs to pull up his socks. It is a fact that not much developments have come to the constituency during his tenure. He definitely needs to up his game otherwise he is heading for political oblivion,” said the councillor.

The councillor explained that with the cooperation shaping in the direction that they are doing, anybody who aspires to represent the BDP in 2014 should brace for a tough battle.