Transfer Duty amendment Bill could get another twist 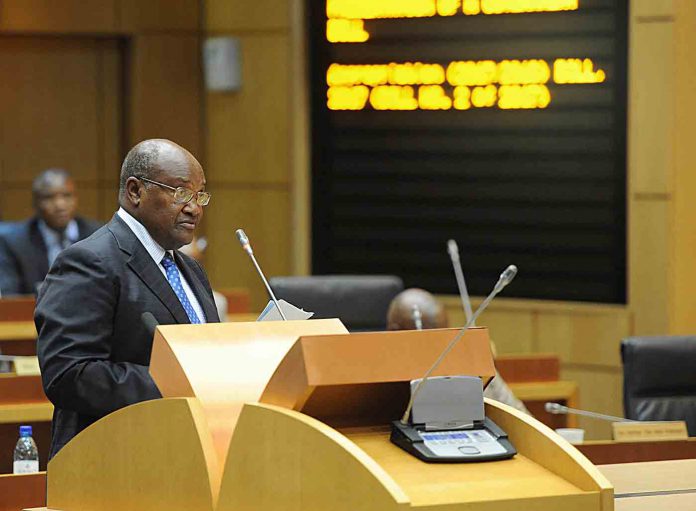 The private sector appears to have prevailed over the government’s intention to hike the transfer duty on property transactions that involve citizens, according to the ministry of finance and economic development.

Minister Kenneth Matambo recently hinted in parliament that he intends to make changes to the Transfer Duty amendment Bill that was published in November 2018. In the published Bill, the government intended increase the transfer duty from 5 percent to 30 percent to be payable by non-citizens when transferring land other than agricultural land.

The 30 percent transfer duty quickly became a major talking point, with the private sector led by Business Botswana denouncing the move, arguing that it will scare off investors. The move seem to have paid off as Matambo revealed that he will propose some changes to the Bill after consultations with the private sector.

“We had several meetings with members of the private sector to address the issues they raised. I will therefore, propose some changes to the Bill at the Committee Stage, arising out of those consultations.”

Other proposed amendments to the bill include amending the definition of citizen to include Botswana registered companies in which the shareholding is held by Batswana, and to further extend the payment of transfer duty to transactions which transfer shares in companies whereby beneficial ownership in property is transferred.

The draft bill amends the old act to provide for payment of interest upon failure to pay the duty within the stipulated period and empowers the Commissioner General to remit interest charged where such interest charged is a result of an error. Moreover, an amendment has been made to empower the Registrar of Deeds not to register a transfer in respect of immovable property liable to payment of duty where there is no proof of payment of duty.

The draft bill brings in other changes intended to prevent estate agents and valuators from trying to cheat the system by lowering the value of the property so that less transfer duty is paid. The proposed Act now makes a provision for the submission of valuation certificate or any records relating, exchange or transfer by the beneficiary or the representative to the Commissioner General for purposes of computing duty. Under the proposed bill, the responsibility of collecting transfer duty is moved from the Registrar of Deeds and given to Commissioner General of Botswana Unified Revenue Services (BURS).

In good news for citizens, the draft bill exempts payment of duty for first time Batswana property owners, and it is done to promote home ownership especially by the youth, the minister said. The bill also proposes the increase of threshold amount that is exempt from duty with respect to citizens from P200,000 to P500,000. Matambo says he will be making changes to this too.

“I wish to add Mr Speaker, that I will later at Committee Stage, propose that the amendment to this amount, that is the P500, 000 should be increased to P750, 000, I hope this is clear. Any transfer from zero to P750, 000 if you are agree, will be exempted from duty. Anything after that, duty is paid,” said Matambo.

The Bill also provides for exemption from payment of transfer duty for transactions that transfer immovable property from an individual to a company that the individual jointly wholly owns with their spouse. The Bill exempts payment of transfer duty for transactions involving donations of immovable property to eligible beneficiaries as provided for under the Income Tax Act.