Tshosane hails the return of the talisman 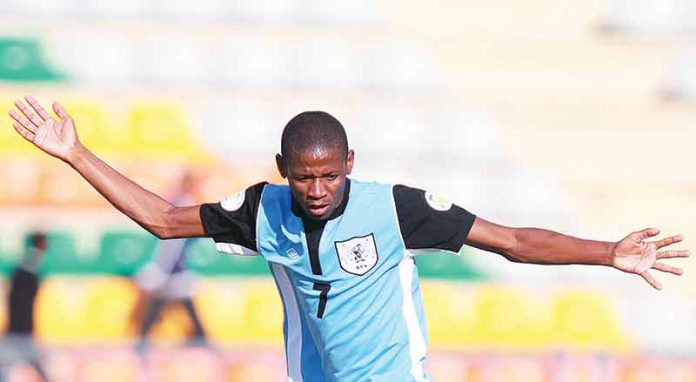 After coming on as a second half substitute against Egypt on June 4 in an international friendly game played in Cairo, Dirang gave a performance which forced Tshosane to hand him a starting berth against Ethiopia in Lobatse on June 8.

Though the Zebras ended up on the losing side, it was the performance of the maestro that left Batswana ecstatic. A week later against the CAR, Moloi, alongside another talent in Mogakolodi ‘Tsotso’ Ngele, inspired the Zebras to a 3-2 win.

It was his sublime skills and precise passing which made him stand above the rest. In the social networks, radio stations, Batswana highlighted that the return of Dirang added the necessary spark to the Zebras’ team.

A week later, when Tshosane did the review of the two qualifiers, he said that there is no doubt that Dirang had a lot of influence in both games.

“I’m not someone to single out players but we cannot ignore the difference he brought to the team. He even brought back the confidence of his teammates, especially Tsotso (Ngele). I’m happy that he has grown as a player and I think his move to DRC has worked wonders for him,” said Tshosane as he prepared a local-based squad to Zambia for the Cosafa Castle Cup.

While there have been reports in the past that Dirang did not honour national call-ups because of his personal differences with Tshosane, the national team coach quashed the reports.

“I’ve always had a good relationship with Dirang. At the time when he did not come for camps, he said that he wanted to sort out his personal issues before joining the team. I talked to him shortly after he moved to the DRC and he told me that he was ready to come back. I’m happy for him and look at the performance he gave in the two games, top class,” said Tshosane.

Radio Botswana football commentator, Tiroyaone Lepotokisi, said that he has seen a lot of maturity in Dirang’s game. Lepotokisi added that this was the best performance he has seen from Dirang in Zebras’ jersey.

“I watched him closely and even when he loses possession he tracks back to defend. The good thing is that his presence brought a lot of belief to the other players,” Lepotokisi added.

BMC publicity officer, Nelson Radijeng, pointed out that Dirang seems to be enjoying his game at his new club in DRC. He said that he is more focused, which will benefit Botswana football.

“He was exceptional in both games and I enjoyed watching him. I think if he continues working hard, we’ll see more of those performances in the Zebras’ jersey,” said Radijeng.