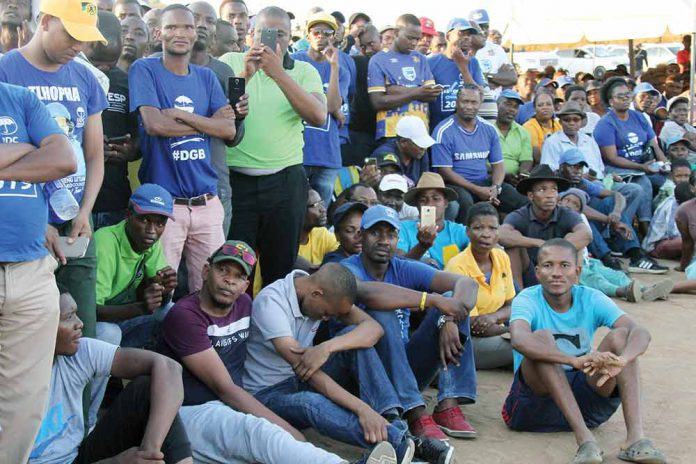 Botswana’s biggest opposition party, The Umbrella for Democratic Change (UDC) faces the possibility of being barred from contesting the 2019 general elections as its internal fights degenerate into a complex political authority disorder.

Expelled UDC member, the Botswana Movement for Democracy (BMD) which claims to have the support of the Botswana Peoples Party (BPP) leadership maintains that it is still a member of the UDC and is expected to register with the Independent Electoral Commission (IEC) for the 2019 general Elections under the UDC ticket. With the Botswana National Front (BNF) and Botswana Congress Party (BCP) also registering under the UDC, the IEC may find itself saddled with two UDCs with the High Court still to decide on which of the two is the legitimate UDC.

The BMD filed an application with the High Court last week in the normal course seeking a review and setting aside of the decision to expel it from the UDC. In its application, the BMD pointed out that, “In numerous public statements subsequently issued by the BMD, one written and many at rallies, in radio and newspaper interviews the BMD rejected the purported suspension and purported expulsion.”

This will make it difficult for the UDC to file an urgency application and is likely to result in its case with the BMD decided by the courts long after the 2019 general elections.

In its application, the BMD further claims that it came up with the UDC name; that the BCP is not a member of the UDC and that UDC president Duma Boko and other party structures have not been legally constituted as per the UDC Constitution.

Mangole further states that: “The UDC was formed and registered by the BMD, the BNF and the BPP as a society in terms of the Societies Act. The BCP dropped out of the negotiations before the constitution was finalised and submitted for registration

“No other political party has since the registration of UDC in 2012 applied to become a member of the UDC in terms of procedure set out in the registered UDC constitution, with the result that the UDC remains the BMD, the BNF and the BPP. The BCP attempted in 2016 to obtain membership of the UDC, not in terms of the provisions of the registered UDC constitution but by way of negotiating with the three parties who were members of the UDC. Although a new draft constitution for UDC incorporating all four negotiating parties (and the division of constituencies) was agreed it was never submitted to the Registrar of Societies for approval and the negotiations were ultimately non-conclusive. Material disagreements arose, the effect of which was that the BCP was never admitted into membership of the UDC in accordance with the UDC constitution. No duly constituted organ or structure of the UDC admitted the BCP as a member.  The resulting position is that the BCP is not a member of the UDC.

“The body that purported to suspend and expel the BMD from the UDC styled itself as the NEC but was and is not the NEC of the UDC as provided for in its constitution and has no power to expel or suspend the BMD from the UDC.” The BMD further argues that UDC President, Duma Boko “has not been elected by a UDC congress and is not constituted in terms of the UDC Constitution.”