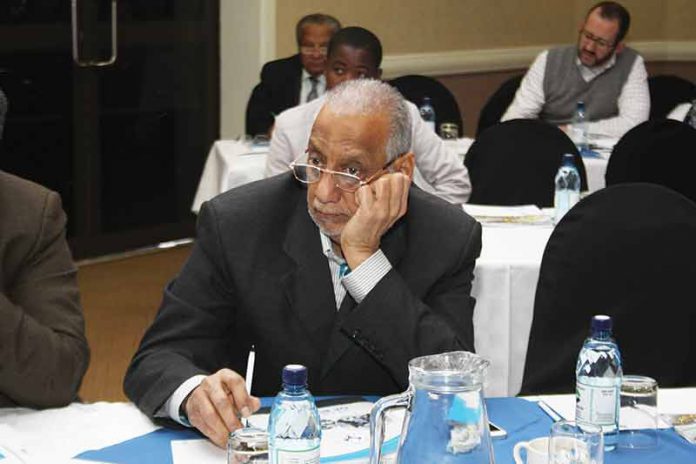 A war of words and work boycotts that ended in suspensions of over 30 Motor Centre technicians and their employer is alleged to be the result of their Workers Union stalling the salary review process.

Technicians at Motor Centre are convinced that it’s because of the Botswana Wholesale Furniture and Retailers Workers Union (BWFRWU), an affiliate of the Botswana Federation of Trade Unions (BFTU) that their salary scales are still a cause for concern.

The technicians are reportedly oblivious as to what their future holds after recently being chased off the premises for snubbing to attend their disciplinary hearings individually.

Of late, there has been an alleged bitter exchange of words between the technicians and their employer, Satar Dada, over issues of pending ‘salary reviews.’

The workers were handed suspension letters on Wednesday after boycotting their daily chores and demanding a meeting with their employer.

In an interview with The Sunday Standard, the technicians, about 30 of them, revealed that they had no other option but to boycott their duties in order to get Dada to listen to their pleas.
They provided written documentation in the form of letters they had been using to communicate with their employer for the past 2 years over the issue of salary reviews.

They said that they had once held a meeting with Dada at which he acknowledged the fact that they were not making enough to meet their basic needs and that he would at one point consider salary increments.

According to technicians, a trade B and Trade C employee earns as little as P1200 a month while an NCC or diploma holder earns P1800 but at the same time a technician from Broadway Motors, a company owned by the same employer, an NCC holder could make P4800 and more. They said they thought the situations were unfair to them because their service has been termed as outstanding and that they are making a lot of money for the company.

One of them provided an invoice of P20 000 for a car they serviced the previous day which he says is one amongst the many he attends to in a day.

“When we finally managed to get him to address our concerns through the boycott, he was angry and hurling insults at us in the vernacular. He also told us that our union has declined suggestions for our salary increments,” said the technicians.

They said that they had tried on countless occasions to get their Dealer Principal Zaheera to address their worries as well but she in turn told them that the union had refused to come and talk to them so she would not be able to address them directly.

Dealer principal Zaheera said that she could not get into direct discussion with the workers unless the union consented to it.

“I did not say that the unions were refusing to meet the workers , I said they kept postponing our meetings because they said they were busy, a gentleman called Quench said they could only meet us in August because they were held up with other things,” said Zaheera.

In a separate interview, Yussuf Dada told The Sunday Standard that salary reviews had been revised, negotiated and signed with approval from the union.

He divulged that 48 percent of their workers were members of the BWFRWU, and that a legal document of terms of agreement had been signed by both Motor Centre and the Union.

Dada went on to say that the revised salaries were paid to workers in May. It was sometime in June that the workers approached management and asked them to look at their incentive scheme.
“The salary reviews are not the issue here; they have already been met. The issue is that the technicians asked us to look into their incentive scheme. We want to do that but the law doesn’t allow us to make any alterations without the input of the union,” said Dada.

He said that they had tried to get in touch with the union which only kept postponing their meetings because they said they were busy. Dada said that they want the union to remove the incentive clause from the contract so that they can be able to provide incentives for their workers.

At the time of going to print, executive members of the BWFRWU could not be reached for comment.