Who is going to walk down the red carpet? 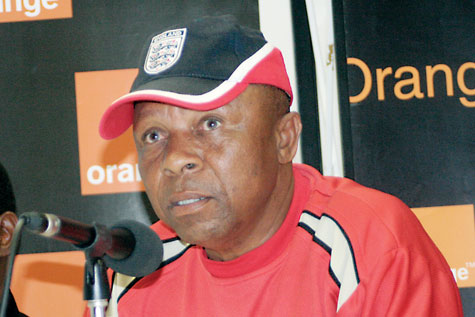 The Botswana National Sports Council (BNSC) has just announced the nominees for the 2007 sports awards, which will be held on March 15. The awards, once again, are closely contested and it would be interesting to see who the recipients will be.

The release of the nominees comes at a time when the BNSC has just landed a mouth watering sponsorship of P300 000 from mobile giant, Orange. Of the 19 categories, most eyes will be on five categories to see who walks down the red carpet to claim the hard earned reward.
The five categories are: coach, team, sports woman, sports man and sports code of the year.

There are three nominees in each category and in Coach of the Year category are: Moses Isaiah (athletics), Major David Bright (football) and Johannes Dithabang of boxing.

The nominees in the Team of the Year category are: the National Under 23 (soccer), volleyball’s BDF VI and athletics’ 4×4 relay team.
For Sports Woman of the Year there is: Tshotlego Morama (athletics), Amantle Montsho (athletics) and Thato Malunga of Karate.

Viki Majama, Francis Dingwe and Kabelo Kgosiemang are the nominees of the Sportsman of the Year.
Sports code of the Year, on the other hand, has the trio of Volleyball, football and athletics.

For Coach of the Year award, Major David Bright looks to be the ideal candidate to walk away with the award but Isaiah and Dithabang are breathing heavily on his neck.

For many years, athletics and boxing have been making the country proud by bringing home many medals, and for football it was a disaster. But Bright turned the tide for the country, winning games where least expected. For the first time he led the national Under 23 to the last game of the All Africa Games. Bright also took the national Under 23 to the group stages of Olympic qualifiers for the first time. The team might have failed to qualify but Bright made his presence felt by beating traditional powerhouses like Morocco, Guinea and Tunisia.

In the team of the year category, the national Under 23 stands out, but the achievements of BDF VI and the athletics team cannot be easily ruled out, especially BDF VI. BDF VI won many tournaments both locally and internationally despite the uncertainties surrounding volleyball in Botswana. Volleyball has not had a sponsorship for some time and that led to little action. BDF VI was, however, not deterred and conquered Southern Africa. The country’s 4×4 relay team also leads the pack after winning gold at last year‘s All Africa Games for the second consecutive time. Before the games, the relay team was given little chance because most of the renowned names were left behind. Amantle Montsho looks to once again lift the Sports Woman of the Year. In the past season, she was a revelation to watch, and her fellow competitors, Morama and dark horse, Malunga, would not have it easy. What catapults Montsho is the fact that most of the competitions she won were outside the country where the competition is always tense.

He was last year voted the best blocker in both club and national Zone VI championships. He was also part of the Zone VI BDF VI team that brought home a gold medal. Currently, he is ranked the 7th best blocker in Africa. Kgosiemang is undoubtedly one of the best high jumpers the country has ever produced.

He was one of the athletes who made the country proud by bringing a gold medal from last year’s All Africa Games. For sports codes it will also not be a walk in the park by the trio of Botswana Football Association (BFA), Botswana Athletics Association (BAA) and the Botswana Volleyball Federation (BVF). In terms of achievements, BFA might find itself lagging behind BAA and BVF.
Nevertheless, the achievement they had last year was one of the best in football history.

Group Code of the Year: Special Olympics, BISA and BOTESSA

Chairperson’s Award: The recipient of the award is chosen by the chairperson of BNSC.

NB: Media awards do not have nominees and the winners are announced on the day of the event.