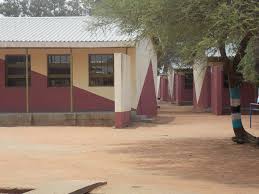 Decades after the fact, James Sentongo-Lukwago recalls two incidents, one at a riverside nightclub in Mahalapye and the other at a Tlokweng lodge. Both incidents involved precocious female students indulging in forbidden pleasures during weekends.

In the first one, Sentongo-Lukwago and former Madiba Secondary School headmaster, Archie Makgothi, were stopping off at Grandmother Nightclub in Mahalapye – that’s where Whistlestop Filling Station stands today – during a weekend outing. Out of nowhere emerged a female student at the school who barrelled towards Makgothi screaming all the way: “My headmaster!” On reaching her headmaster, she swallowed him in a drunken bear hug, in the process depositing frothy strings of slobber on him. The headmaster kept his cool and on Monday, summoned the student to his office where he both caned and suspended her from school. Years later, Makgothi had been transferred to Gaborone Secondary School and alongside Sentongo-Lukwago, were seated in the outdoor area of a Tlokweng lodge. In no time, a female GSS student wrapped in a tell-tale bath towel emerged from one of the rooms. Spotting Makgothi and making eye contact, she nonchalantly waved at him, said hi and never once broke her stride. The rules had changed and on Monday, Makgothi wasn’t able to do with her what he had done with the Madiba student.

The Ugandan-born man, who has since been naturalized as a Botswana citizen, shares these anecdotes as part of a wide-ranging answer to the question of whether students’ attitude to education have changed from when he started teaching at Madiba in 1987. His contention is that what has changed are not students’ attitudes but circumstances in which the current crop of students is growing up in. he has a point. When that GSS student sashayed out of a room at the Tlokweng lodge, corporal punishment had become so elaborately bureaucratised and choreographed that it required a dedicated harvesting operation to find a cane that met officially stipulated measurements.

““Drugs were almost unheard of,” says Sentongo-Lukwago of the period of time that he came to Botswana. “There were no cellphones and the teacher was the sole source of information. Then teachers could discipline students without seeking permission from the school head. The school head could suspend students without the involvement of the regional director of education and the permanent secretary.”

On the basis of the latter, Sentongo-Lukwago asserts that school heads and teachers were suitably empowered to deal with student indiscipline. That notwithstanding, he stresses the need for schools to adjust to the new situation.

Back in the game after hiatus of brief retired life, Sentongo-Lukwago is in the throes of both readjusting the Gabane Private Secondary School (GPSS) to the new situation and readjusting the students’ own attitudes to education. A graduate of Makerere University in Uganda, he holds a Bachelors of Arts (Honours) degree and a Concurrent Diploma in Education as well as a Masters of Business Administration degree from De Montford University in Britain. His experience in the education sector in Botswana stretches over 30 years. Over this period, he has served variously as a teacher, Head of Department, Assistant School Head, Principal Education Officer and as Assistant Director in the Ministry of Education.

Established by the Roman Catholic Church to absorb students who couldn’t get placement at government and elite private schools, GPSS is another example of why one too many community trusts in Botswana should never be trusted with managing community assets. With a full raft of facilities (classrooms, science laboratories, administration and staff blocks, dining and multi-purpose halls, hostels, sport fields and workshops) the school was clearly established to fly by day and did manage to graduate some of today’s better known public personalities. On the list of the latter are singers Mmereki Marakakgoro (gospel) and Nnunu (jazz) as well as former Btv news presenter, Thobo Tlhasana, who is now the Principal Public Relations Officer in the Ministry of Youth Empowerment, Sport and Culture Development. By all accounts, the founding head, Sister Catherine Lee, did a terrific job of running the school, setting standards so high that the Gabane Community Trust couldn’t keep up and ultimately decided to hand the school over to private-sector investors.

The not-keeping up took the form of student numbers dwindling and the shuttering of some facilities which translated in the under-utilisation of a school that has many more facilities that most in its category.  Sentongo-Lukwago’s plans to re-open the computer laboratory, spruce up the school’s general appearance and fill up empty classrooms by enrolling more students. As for how he hopes to do the latter almost in middle of the 2020 school year, Sentongo-Lukwago says that the school is targetting students who want to resit final examinations. He notes that time lost wouldn’t be that big a deal because those students would be brushing up on topics they are already familiar with.

While the school can accommodate 800 students, it has no plans of enrolling more than 400 students, not least because it would replicate a problem (classroom overcrowding) that undercuts the student performance at government schools. With his experience of Botswana’s education sector and given the various roles that he has served in, the GPSS headmaster feels confident in asserting that slow-learners are not necessarily academically-challenged as is commonly believed.

“They may have started their schooling in the wrong environment,” says Sentongo-Lukwago, noting that in its endeavour to not overcrowd classes, the school is limiting itself to between 18 and 20 students per class.

The school’s has a radical plan to specifically target underperformers and polish them to a high beam. In elaborating this rather unorthodox approach, Sentongo-Lukwago explains that mixed-ability teaching (which is used in public and most private schools) is problematic because of its one-size-fits-all teaching approach for differently-abled students who learn at varying paces.

He enumerates strategies for turning slow-learners into high achievers: strengthening remedial teaching; keeping class sizes small in order to enable teachers to pay adequate attention to individual learners – which government schools can’t do because of large class sizes; and motivating learners. The latter will itself take various forms. Speaking recently with boarding students, Sentongo-Lukwago says that he realised that they knew next to nothing about the world outside their immediate environs. He gives an example that none knew about the existence of Maru-a-Pula School.

“This made me realise that their knowledge of the world is very limited. I want to open up their eyes by taking them to career fairs and inviting corporate leaders to address them. Many are convinced that they are rejects and it is difficult for them to believe that they can achieve something in life until they see achievers.”

The socio-economic background of some learners is also problematic because as Sentongo-Lukwago says, learners from rural areas are intimidated when they come to a school in a more urban settings. The intimidation results in them developing an inferiority complex, keeping a low profile and ultimately “going back to the bush” because they feel that they lack sophistication. The school’s plan is to develop a hand-holding programme and create a “caring environment” in anticipation of a situation when it gets a sizeable number of students from remote areas.

Speaking metaphorically, Sentongo-Lukwago says that he wants to sign a social contract with the students. In terms of such contract, his end of the bargain will be to provide all the resources that the students need for their learning while theirs will be to study hard and get good grades. One the things the school plans to do is introduce multi-media equipment and restock the library.

A proper learning environment prepares learners for the society that they live in and whereas most people typically learn about commerce after completing their studies, Sentongo-Lukwago says he plans to introduce students to such entrepreneurship schemes as the Citizen Entrepreneurship Development Agency (CEDA) in order that they very well-prepared for post-school life.

Choppies Enterprises and Payless’ chequered relationship has come to a bitter end, as Payless is put up for sale at the instigation...
Read more
278