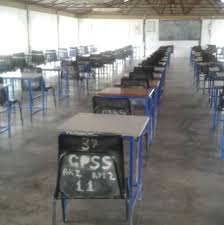 When the Roman Catholic Church established the Gabane Private Secondary School (GPSS) in 1993, it wanted to revive an independence-era model of education that was lauded as the best in Africa.

That model is called “education with production” and was introduced to Botswana by Patrick Van Rensburg, a South African refugee whose praises are not sung loud and often enough. Through this model, the school curriculum includes practical subjects such as agriculture, carpentry, brick laying, metal work, technical drawing and secretarial services. The use of the vocational and technical training helps to partially meet some of the cost of training for institutions. Education with production is seen as particularly important because it closes the gap between academic and non-academic learning.

In the particular case of GPSS, there was a vocational training unit (one block is actually still so labelled) and one of the practical subjects offered was auto-mechanics. At a point where it couldn’t continue running the school, the Church handed over the school to the Gabane community via the Gabane Community Trust. Built on the outskirts of the village, the school is very well-resourced in terms of facilities that a proper school needs. However, the Trust failed to maintain the school in the state it had found it in and one by one, the facilities fell into disuse.

With auto-mechanics off the curriculum, the workshop has become a white elephant. The school still offers piggery and poultry but few students benefit because Agriculture is offered as an optional subject. Atypically for a non-elite private school, GPSS takes up about as much acreage as a government school and occupies more land than any private university and has a large sports field.

All fingers of blame with regard to how the school’s education-with-production programme failed point unwaveringly in the direction of successive boards of the community trust. All failed to manage this community asset as well as the Church had. That something like that happened shouldn’t be surprising because up and down the country, the stewardship of most, if not all community trusts, is woefully wanting. Whereas most institutions have renewed themselves through a variety of production intervention schemes and instituted corporate governance processes, community trusts still lag behind and a good many of them remain personal fiefdoms of a few individuals.

The Gabane Community Trust failed to renew itself and the result was that a reputable and very well resourced community asset had to be handed over to the private sector.

The new headmaster, James Sentongo-Lukwago, says that the school wants to resuscitate the non-academic training programme but finds that an uphill task as it is short on money.

“We are desperate for corporate sponsorship,” he says.

That GPSS is desperate for funds is interesting in another dimension. A World Bank study shows that the bulk of scholarships in Botswana are taken up by learners from rich households   – which only serves to widen the rich-poor gap. A question is put to Sentongo-Lukwago: should the government provide financial support to schools (such as his) that mostly cater for the low-income group? These schools are in a peculiar position because unlike the private universities which are milking the government dry and not producing any impressive results, private primary and secondary schools actually have to produce good results to stay relevant. In agreeing with the latter assertion, Sentongo-Lukwago says that while he doesn’t know what mechanism the government can use to provide financial support, such development would be highly welcomed.