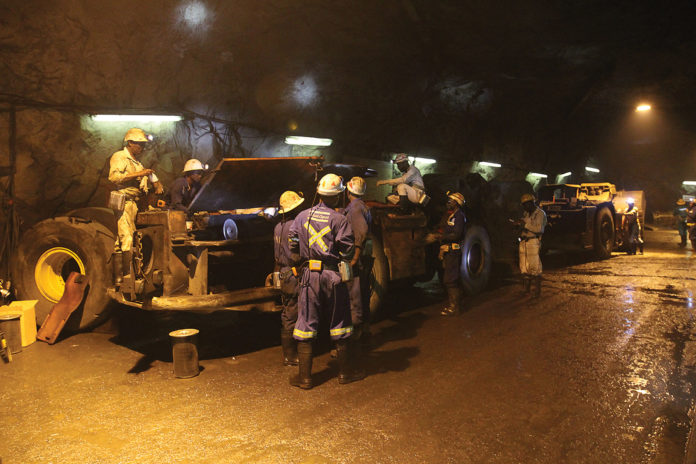 Botswana Labour Migrants Association (BOLAMA) intends to petition government to assist in the facilitation of ensuring that ex-miners who worked in South Africa are paid.

BOLAMA Executive Director Naledi Monnakgosi told this Publication that they have been trying to secure funds owed to their members but those efforts have immaterialized.

Monnakgosi stated that they have over 20 000 ex miners in their database and awaiting payment from the South African mines.

“We are in the process of trying to find out if we can speak to the Minister of Foreign Affairs and International Cooperation to ask his counterpart in South Africa why the ex-miners in Botswana cannot be paid their dues because we have long given out proper documentation to South African regarding the issue,”

“During the past months of Covid-19 pandemic, some of our members lost their lives especially those who suffered from silicosis disease, so we have piles and piles of death certificates of these people lying in our office,” said Monnakgosi.

She further said they also intend to engage President Mokgweetsi Masisi to see how best his government can assist ex miners who are suffering from silicosis, adding that most cannot work.

“We will engage other Ministries such as Labour because we understand that some money was paid out but we do not understand why ex miners have not been paid yet,” she said.

“We will also engage other relevant Ministries because what we want is for our ex miners to be paid,” said Monnakgosi.

She further said they are also struggling to get payments for ex miners who died working for the mines as it is claimed that they were not insured.

“Then there was Tshiamiso which was a result of a class lawsuit which was instituted on behalf of the ex-miners against mine companies that had employed the ex–miners, so there was an out of court settlement where the mines agreed to pay a lump sum of 5 billion rands into a trust that will then distribute the payments to the rightful beneficiaries and claimants,” she said.

“This money is lying with Tshiamiso, it is supposed to pay the ex-miners not only from Botswana but from almost all the SADC countries whose citizens were working in the South African mines, so no ex miner from Botswana has been paid,” said Monnakgosi.

She added that only 1 000 ex-miners are eligible to be paid by Tshiamiso, adding that those who have diagnosed with silicosis and mine TB.

She also said only a few South African ex miners have been paid.

“There are other companies that we are talking to with the view to unlock those social security benefits for our clients,” added Monnakgosi.

“Once they have money, they become secretive and fail to come back to the people who assisted them because some of the ex-miners who were infected by silicosis got over 9 million pula compensation,” stated Monnakgosi.