BDP and opposition parties’ snouts in the same feeding trough 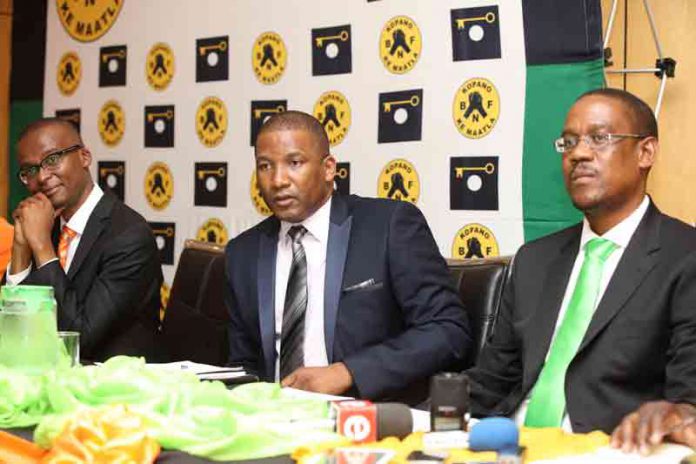 Speculation has erupted over the reasons behind an array of transactions linking the minister of Minerals and Energy Sadique Kebonang to companies owned by Bakang Seretse ÔÇô an investment executive and fund manager of the government National Petroleum Fund.

Seretse faces charges of money laundering. The charges are related to his activities at the National Petroleum Fund.

In an interview with Sunday Standard, minister Kebonang said some of the transactions were part payments made to him by Seretse for properties he sold to Seretse.

Kebonang said the other transactions were money that he [Kebonang] was relaying to political parties in the country on behalf of Seretse.

“I can tell you that all these political leaders in the ruling party and in opposition have been receiving money from Seretse as a matter of routine. And for the greatest part that money went through me as a conduit,” Kebonang.

Kebonang said there would be very few political leaders in Botswana who have not received money from Seretse.

This narrative is in line with what Kebonang wrote as part of his statement to the Directorate on Corruption and Economic Crime.

“….Seretse has also donated generously to a number of causes, entities, and people, political and otherwise through me,” says Kebonang in his statement to the DCEC.

A source close to the investigations has said DCEC is going through another interesting batch of transactions made by Seretse’s companies to third parties who have said they were being paid for properties that they were selling to minister Kebonang.

“These are commercial properties here in Gaborone. When we asked the owners they have said they were being paid by Seretse for properties they were selling to Kebonang.”

Kebonang has said all the properties he was disposing were acquired before he joined politics.

“I was a practicing attorney before I joined politics. I was a director at Choppies. And the properties making all this noise, I acquired them during my time at Choppies,” he said to Sunday Standard.

Furthermore Kebonang has said it was always his intention to get out of residential properties and into commercial sector.

“When Seretse showed interest in buying my houses in Johannesburg and here I did not hesitate.”

To buttress his case, Kebonang showed Sunday Standard a copy of his contract with Seretse.

The DCEC for now see too many leads that need to be accounted for.

Most intriguing for them too is the fact that records show that when one of the Seretse managed companies made a large transfer to Israel, the head of DIS (Directorate of Intelligence and Security) Isaac Kgosi was in Israel at that material time.

This happened after Kgosi had sought approval for diversion of P250 million from building fuel storage tanks to buying military hardware.

“Is this just a coincidence? For us there are more questions that need to be answered. We are aware that Public Procurement and Asset Disposal Board had told him [Kgosi] to go for tender. He had asked for direct appointment. He did not want the tender. So yes, the Israel connection is very important to us.”

A source at DCEC has also said it is not the first time that the agency has had interest in Kebonang’s commercial activities. The source said it happened when BCL Mine in Selibe Phikwe was being liquidated.

This too was confirmed by Kebonang.

“DCEC came to my office and we gave them all the files on BCL liquidation. I had nothing to hide. What I can tell you is that there are big names with vested interests in what is happening at Morupule B. the same applies for solar power and the Tshele fuel storage project. They want me to do their dirty bidding and I am looking the other side,” said Kebonang.