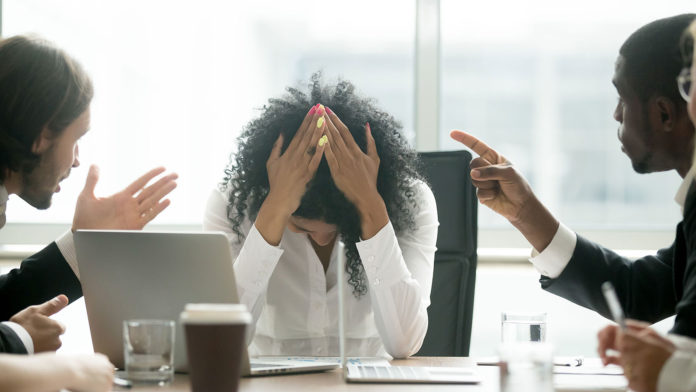 Picture this, you have just started your new job. Your first year is successful. You have built meaningful relationships with colleagues and spent time watching and listening, attempting to get a feel for the culture of your new workplace. Soon, people start sharing recurring themes of gossip, bullying, corruption, coverups, and micromanaging that prevented innovation and so forth. Per your job responsibilities, you share these concerns with your superior. Over the coming months, you experience the high price of breaking the institution’s cultural norms of silence and status-quo thinking. Your degradation ceremony has begun. Your character becomes obliterated, your ties to your colleagues cut

Dr Poloko Ntshwarang, senior Social Work lecturer at the University of Botswana says, “Most people are familiar with the problem of schoolyard bullying and the toll it can take on young victims. In many cases, the emotional scars that bullying inflicts can cause a lifetime of problems. Unfortunately, not every bully grows up to be a kind and well-adjusted adult. Some end up bringing their bad behaviour into the workplace, creating a hostile work environment for their co-workers and subordinates. At its most basic level, workplace bullying is defined as any repeated behaviour that humiliates, intimidates or demeans an individual. This behaviour counts as bullying even if the aggressor does not supervise the victim. In many serious cases, the bullying gets so bad that the victims feel like they need to quit their jobs just to get relief. Unfortunately, it isn’t always easy for victims to take legal action when this happens. Women are much more likely than men to be the target of workplace bullies.”

Within a family, a degradation ceremony might be initiated if the “perfect” daughter steps out of her role as the obedient, silent one and decides to voice the truths of her family’s toxicity. In the workplace community however, a degradation ceremony is launched when a creative employee offers an innovative solution to a problem the organization would prefer to keep hidden. This bullying act requires three players – the denouncer, the victim, and the witnesses. The victim is the target of the abuse, the denouncer represents her community’s beliefs and values by her actions and words. The witnesses follow the denouncer or otherwise risk being targeted next. If the victim continues to operate outside the group’s code of conduct, the denouncer will punish them. In the nonsensical world of workplace abuse, victims of workplace bullying are often stigmatized for being creative, hard-working, and ethical, all characteristics innovative organizations seek in model job candidates.

Dr Sophie Moagi, clinical psychologist in Gaborone says, “A workplace bully has selfish motives and a complete lack of respect for others. He/she does not care for others and never considers them as equal. He uses all means necessary to impose his ways. Some bosses may have high expectations from the employees to perform better. Such bosses may not necessarily be bullies. Bullying is generally done by employees to their peers. They display common behavioural traits such as anger and anxiety. They are more likely to have a history of experiencing bullying in the past. They are also more likely to have experienced traumatic events in their lives. They are insecure about family relationships and friendships. Research has found that employees bullied in the workplace tend to be more intelligent than bullies. Such employees may outperform others and complete tasks faster in the workplace. As co-workers might not want this, they might force and bully such employees to lower the bar. Also, older employees may bully new recruits.”

Bullying has been linked to mental problems, stress, and suicides throughout the world. Primarily regarded as a childhood problem, bullying has been troubling adults as well. Workplace bullying refers to repeated actions aimed towards employees meant to insult them. Actions like this pose a risk to employees’ health and safety. There is a difference between bullying and aggression. Aggression usually involves a single act. In contrast, bullying behaviour involves repeated actions against a target.

For victim, the degradation ceremony seeps into all aspects of her life as she begins realising that she trusted the wrong people, counted on the wrong organization, and that her expectations of goodness and fair play don’t apply to her current state of affairs. Her voice is jailed, her reputation imploded, and she is left exiled and unemployed. Because the goal of the degradation ceremony is complete character obliteration built on the belief of in-built unworthiness, the victim is hollowed out, no longer recognizable to herself. Each time she attempts to tell her story she is knocked to her knees again.