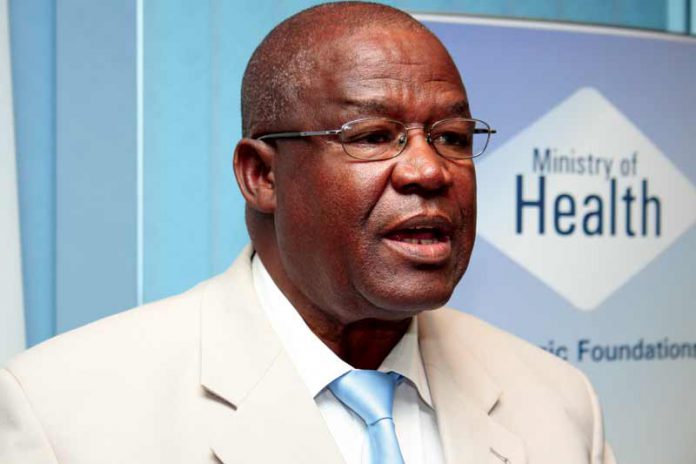 The Minister of Health, Rev Dr John Seakgosing, recently launched the new website for the Cancer Association of Botswana (CAB)‘s at the Phakalane Golf Estate.

At the launch, the minister revealed some alarming statistics, saying that young Batswana at the peak of their economic and reproductive years are the age group that is most affected by cancer.
He said that statistics have revealed that 25-49-year olds in the country dominate the 11 363 cases of cancer that have been registered from 1998 to 2008.

Seakgosing applauded CAB for the website, describing it as “a giant step towards strengthening cancer control efforts in Botswana through provision of health information, using the advanced technology”.

He said that the role of health education and promotion in the cancer risk areas such as tobacco use, responsible sexual activity, avoiding excessive sunlight, and limiting alcohol intake, cannot be over-overemphasized.

“The public needs information in order to adopt the above measures, therefore the launch of the website today is both timely and appropriate. It will go a long way in disseminating information to the public, especially on risk factors and how to minimize them,” said Seakgosing.

The minister said that the website is an effective way of communication that reaches quite a large number of people. He stressed the importance of updating the information regularly. He also urged the administrators of the site to publicize their new initiative widely not only in cities and towns but in villages as well.

CAB board member, Thebe Baile, said launching of the website will take the organization to the public because they had in the past received complaints from the public that CAB is not known outside Gaborone.

“People across the world will now be able to see what the organization offers, and we are thankful to the continuous support from Barclays Botswana, as it’s because of them that we were able to establish this website,” said Baile.

Barclays Bank has been in partnership with CAB since 2008; they have funded CAB projects, notably the translating of information from English to Setswana, as well as pamphlets about cancer that are currently distributed countrywide.

“Our commitment is beyond corporate social responsibility now; cancer is real and it has affected every one of us one way or the other. We therefore hope to continue our journey with CAB,” said Aupa Monyatsi, Chief Operations Officer of Barclays .