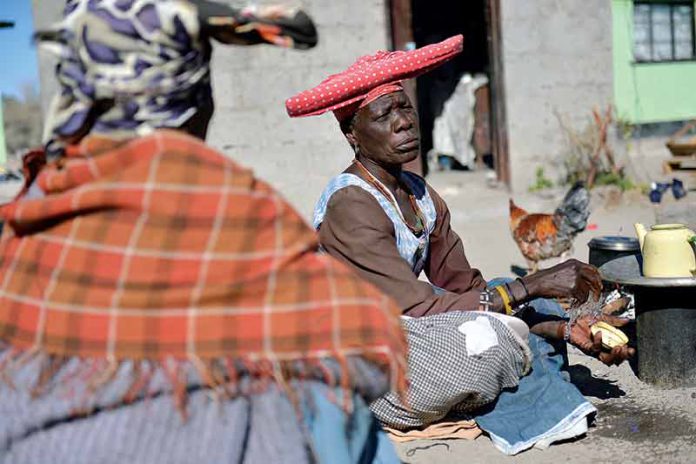 A pressure group of Baherero and Ovambanderu tribes residing in Botswana is busy mobilizing other Baherero and Ovabanderu to seriously consider going back to their country of origin, Namibia.

Ministry of Labour and Home Affairs is not disputing that the issue has been discussed among the two member states after some indicated their intention to go back to Namibia.

Baherero and Ovambanderu who are citizens of Botswana have cited a number of several issues that they are not happy about in Botswana.

The pressure group has also engaged the two member states about some of the Baherero and Ovambanderu intention to go back to Namibia.

One of the issues that they are not happy with is refusal by government to  include their language in the schools curriculum.

Banderu Youth Association, Spokeperson, Abia Kavei confirmed that he was aware that there was a pressure group that has been mobilizing others  to  go back to Namibia.

Kavei indicated that though some have shown their displeasure about the reluctance to recognize their culture in Botswana.

He however said  there was a room to engage the government of Botswana on the issue as compared to relocating.

“If you talk about the issue of mother tongue it is an issue that we want the government to consider introducing Ovabanderu and Baherero languages in school curriculum. That we demand as citizens of Botswana.Language is key and when it is not promoted or included in the curriculum there is a higher chance that the language could go extinct ,” said Kavei.

He also stated that there is need for other languages to be introduced in the curriculum .

He said that the constitution currently gives the Tswana speaking tribes powers  over other tribes.

Kavei indicated that some wanted to relocate to Nambia due  to such frustrations.

Kavei was of the view that some of the issues that have been raised by some who wanted to relocate can be resolved through consultations.

He went further to state that some have also indicated that they were intending to relocate since the government has no enthusiasm to control Foot and Mouth Disease in areas where they rear livestock.

He said though some were of the view that they were unable to sell their cattle due to FMD such issues could be resolved through engaging the government.

Labour and Home Affairs Minister, Edwin Batshu says Botswana and Namibia have no agreement yet on Baherero and Ovabanderu living in Botswana who want to be repatriated back to Namibia.

Batshu stated that there have been discussions between the countries on the matter  before.

Batshu said that the government of Botswana will not refuse to help those who want to go back. He said that they are still awaiting a response on the matter from the Namibian government.