Inside how a drug mule expose Marina Hospital’s incompetence 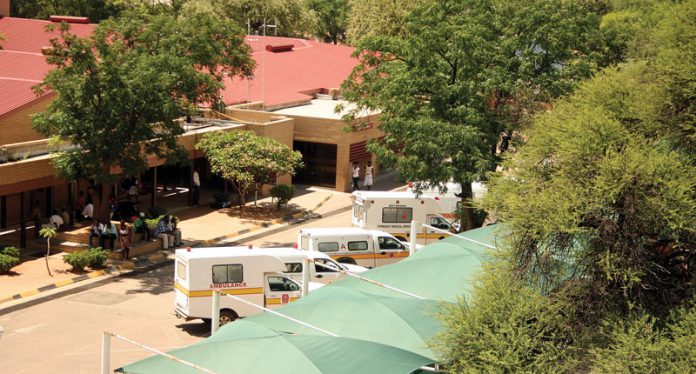 An African Journal of Emergency Medicine document reveals how Princess Marina Hospital (PMH) failed to save the life of a 43-year-old Tanzanian male after mistaking the medical symptoms caused by concealment of drugs in his stomach to an infectious disease.

The case was never made public. According to the journal, death as a result of concealment of drugs is not well described within Africa including Botswana and therefore not commonly considered in a differential diagnosis. In this case, classified as rare and one of its kind in Botswana the Journal revealed that the 43-year-old Tanzanian male was presented to the PMH emergency centre with acute vomiting and bloody diarrhoea.

The exact history was unclear as he was unable to communicate any further details but a friend who drove him to PMH said they met at the border the previous day. The man was apparently well but reported acute onset of diarrhoea and collapsed at their hotel.

The possibility of an infectious cause such as malaria, cholera or more worryingly haemorrhagic fever due to the patient’s recent travel history was suspected to be the cause of his demise, according to the document. “Due to this public health concern, the body was isolated and the hospital pathologist was contacted to urgently perform an autopsy to clarify the cause of death. Blood samples collected prior to his death were prepared and sent for virological testing (virological testing is not done in Botswana).”

Local forensic services were involved early on, but given the presentation felt it was unlikely to be a police case. “A post mortem was performed using full protective clothing. It was during post mortem that the stomach and large intestine was noted to contain 66 wrapped packages,” the report says. Forensic investigators were recalled to the scene to take over the investigation. Gas chromatographyÔÇômass spectrometry was performed on 967.59 g of white powder contained within the packages and were revealed to be diacetylmorphine (heroin) and caffeine. The report says that despite oxygen and immediate intravenous fluids the patient went into cardiac arrest.

Cardiopulmonary resuscitation was performed and intubation failed due to persistent haematemesis. Despite 30 minutes of advanced life support measures the patient died.

“The final post-mortem findings were death due to severe pulmonary oedema and haemorrhage due to heroin overdose,” the report says. Drug trafficking, by internally concealing and transporting drugs in humans, was first reported in the literature in the 1970s and is reportedly increasing. Body packers, or drug mules, swallow drugs in packets for trafficking while body stuffers swallow wrapped or unwrapped drugs to quickly evade detection.

Those involved in these illegal activities can present with or without symptoms. The asymptomatic group usually presents with customs or police authorities on suspicion of trafficking. Patients may present with symptoms of bowel obstruction, collapse or seizures.

“However, in the absence of a clear history, within a low prevalence area such as Botswana the presentation is more likely to be mistaken for a more prevalent, but similar presenting alternative. In this case, the most likely concerning alternative was haemorrhagic fever, which would have fit with the travel history.”