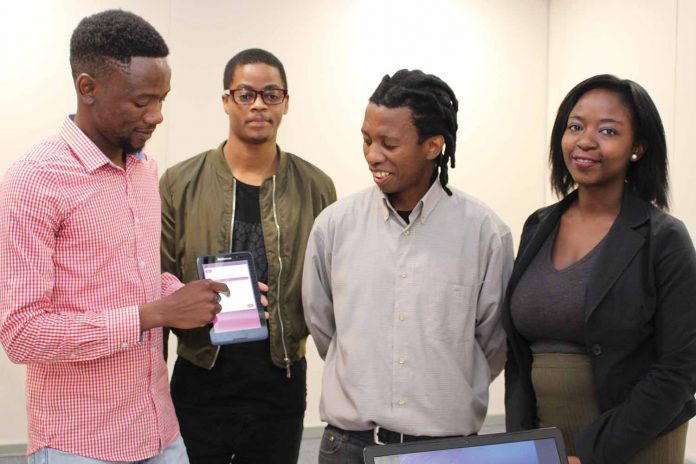 The combined reach of the apps is such that practical language skills are shared and historical information, much of it from out of print historical books, is made readily available again, explained Founder Itumeleng Garebatshabe, adding that their app development company began with the Heritage Series which featured the history of tribes found in Botswana.

“We have invested over P20 million worth of resources in man hours developing, coding, recording, testing, researching, marketing and so on of the BW Lingos and related mobile apps. We have made learning about our own culture much easier for the modern generation. This launch is part of taking the BW Lingos apps to the next stage, first by celebrating our achievements, then highlighting developments.

“We are proud to say through our engagement with the German overseas volunteers group, we have since developed a German to Setswana version of the Learn Setswana app. These are the sort of trail-blazing achievements that Batswana App developers are capable of. We are encouraged by the global recognition of our home grown tools, and will continue to lead the industry in putting Botswana on the global map.”

Intellegere Media worked with Botswana apps developers and academics such as Dr Jeff Ramsay and Professor Lydia Saleshando, mother tongue narrators in Setswana, iKalanga and seKgalagadi, field test partners such as the Madikwe Rural Development Programme and its batch of German overseas volunteers ÔÇô all in a quest to package, preserve and share Botswana heritage. The various apps covering language skills development and history of the BaNgwaketse, BaKgatla baga Mmanaana, BaKalanga as well as the BaSubia tribes are all available through the Google Play store and the Apple Store.

“In a modern world technology is an important tool though which to preserve and share our heritage. Our initial idea to help save our culture evolved into an idea of sharing it as well to achieve the same purpose. Our incubator programme, Project 120, aimed at creating mobile applications by Batswana for Botswana and the world, kicked of the initiative.

“The apps developed resulted in over 15 million downloads worldwide since 2012. We also received fantastic feedback which resulted in a partnership with a set of German overseas volunteers based at the Madikwe Rural Development Programme in South Africa. We engaged with the young volunteers for a pilot programme during their induction which saw our team install the Learn Setswana app and monitored the volunteers’ language skill development,” stated the developer.

Garebatshabe further spoke on how the BW Lingoes and Heritage Series Apps are helping to close a big information gap about Botswana history.

“These apps are designed to encourage a reading and learning culture as schools across Botswana will now find it easier to access this information, even scholars in other countries can learn about Botswana in one click. The app has been downloaded worldwide, with the most popular downloads coming from Botswana, South Africa, Canada and Zimbabwe.”