Is no kids, a relationship dealbreaker? 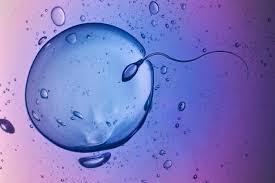 Conventional wisdom casts women as baby-hungry against wary men, but these days the predicament is totally different.

There are many interpretations of ‘wanting kids’. While some people might be absolutely certain that this is something they want and some people might be dead set against it, there are plenty of people who are somewhere in between. There is a growing number of women – in their late 20s and early 30s who aren’t sure about or are decidedly against — becoming mothers.

Dr Sophie Moagi, clinical psychologist in Gaborone says, “It is important for a couple to discuss the issue on both sides: why is it important for you to have children, what it would mean if you never have children. The couple needs to see how deep rooted each person’s position is and what prompted the change. Ultimatums get a bad rep in relationships but the reality is, there are some things that will result in the end of a relationship if they are not met. Having children is often one of those non-negotiables. If you genuinely feel that you would rather end the relationship and find someone else in the event that your partner doesn’t want kids, then you have every right (and responsibility) to share that with your partner.”

Today’s young women have more of a choice about their fertility than their grandmothers did, and perhaps clearer eyes about the challenges of child-rearing than their mothers. For these women’s grandparents, having children wasn’t a question, it was a given. And they had lots of them. The younger generation of women is even better integrated into the workforce and feel that sometimes they’re forced to choose between having a meaningful career and having kids at all. Women who can’t say for sure that they want children don’t just have to contend with potential partners who do, but with a society that may not yet understand their sense of reasoning. It feels strange for women to be the one putting on the breaks. People would understand if a woman’s putting off having kids; it is harder for them to understand possibly not wanting them at all. More often than not couples assume they will have children after marriage or, if not married, they believe it’s a way of solidifying the relationship but not everybody wants to do it .When one partner wants a child or children and one doesn’t, it’s a way to see how they envision their lives and their futures.

Kgomotso Jongman of Jo’Speaks in Gaborone says. “Couples split up for lots of reasons; affairs, money, people not pulling their weight with the housework, the list goes on. But one of the most fundamental issues has to be the children question. While there are so many things in a marriage that you can, and have to compromise on or meet halfway, children are just not one of those things. This is obviously not a situation where being flexible and giving in to the other person is easy, since this is something that requires both of your involvement, time, energy and will ultimately affect both of your lives forever. Parenthood is a weightier decision for women than it is for men. In age-gap relationships this might be particularly valid. An older man, recently out of a marriage, might be attracted to the ‘freedom’ offered by a younger woman but it’s critically important that everyone knows where they stand on the relationship’s future and the lines of communication need to be kept open.”

The need to have children is so hardwired in some people, it can be hard for them to grasp why anyone would forego the chance to pass on their genes. People on the other side of the spectrum might have trouble understanding the allure of changing diapers or going days without sleep. There are plenty of women who don’t want kids and men who don’t want kids. In a perfect world, couples would have this conversation before they make serious commitments such as marriage, but, it doesn’t always happen that way. For society, the value of children is placed above everything else. It is the big dilemma in most serious relationships – if to have children, when to have children, and how many. There are more women of childbearing age without children than at previous points in history, Women who opt out of parenthood do so for many reasons. Some of the most common include a desire to live an autonomous or spontaneous life, a feeling that one would not make a good parent, and an interest in pursuits that may be at odds with parenthood. We assume all women are naturally inclined towards childrearing. And for women – who often bear the bulk of the burden when it comes to pregnancy, childbirth and childcare – the decision not to have kids is particularly difficult. Women’s impossible and conflicting demands of their personal needs, social norms and expectations, and the love they share with their partner, weighs heavily.