Khama caught up in Kgosi’s ouster 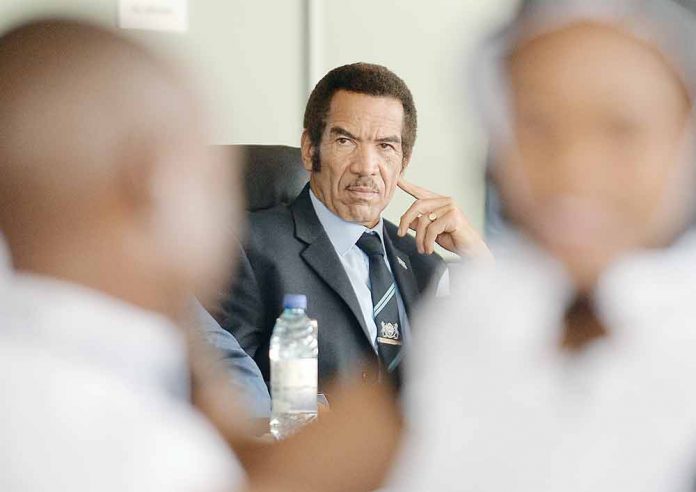 Unconfirmed reports state that Khama then appealed to Kgosi to provide him with more security. The Sunday Standard can however confirm that Kgosi, who maintained that he was not accountable to anyone, not even the president, then dispatched 20 DIS officers to beef up Khama’s security.

Now that Kgosi has been displaced by Brigadier Peter Magosi, the new DIS boss is expected to recall the DIS officers from Khama’s security detail.

Brigadier Magosi has been unemployed after Khama two years ago forced him into early retirement as Botswana Defence Force Chief of Staff and Commander of Ground Forces. Magosi’s expulsion had been hatched two years earlier but had to be put on hold when Khama and former BDF commander Lt Gen Gaolathe Galebotswe secret plan bombed.

Magosi who for a long time was part of President Khama’s inner circle had the backing of Minister of Wildlife and Tourism Tshekedi Khama and his twin brother Anthony. Brigadier Magosi however switched camps after his forced retirement and threw his weight behind President Masisi, who was then vice president.