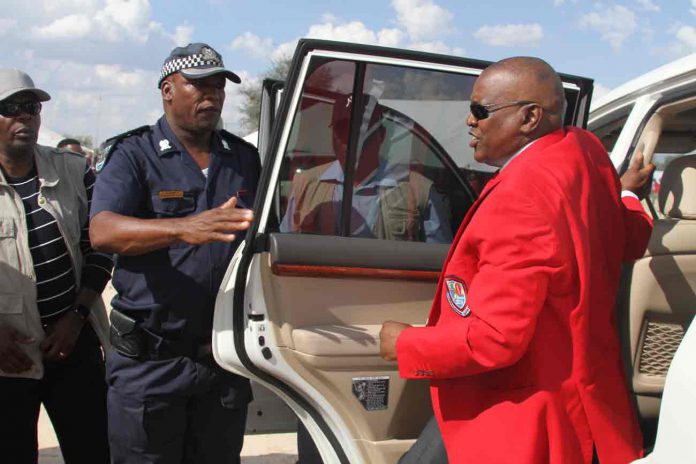 Botswana Defence Force (BDF) and Intelligence officers are constantly on high alert amid fears that President Mokgweetsi Masisi’s life may be in danger.

The BDF command would this week neither deny nor confirm reports that last months they issued their most severe security warning that the president’s life may be in danger. This was the second red alert on President Masisi’s security in three months.

Sunday Standard investigations have turned up information that the BDF deployed 2000 Battle plus troops around Kang during the recent Botswana Democratic Party (BDP) special congress. This followed an intelligence assessment that the president could be in imminent danger.

In an operation that was led by Major General Molefi Seikano assisted by Brigadier Simon Barwabatsile as his chief of staff, more than 2000 Battle plus troops were deployed along a 50 Kilometer radius of Kang. The BDF also moved it mobile radar to Kang and the special conference venue was zoned a no flight area.

Responding to a Sunday Standard questionnaire, BDF Director of Protocol and Public Affairs, Col Tebo Dikole stated: “we acknowledge receipt of your enquiry wherein you assert that Sunday Standard has established that the Botswana Defence Force deployed about 2000 Battle plus troops around Kang during the BDP Congress. As intimated numerous times to various media houses including the Sunday Standard, the BDF does not discuss operational matters with any third party.”

The red alert deployment was the second in three months following an earlier one in March when BDF Commander Lt. General Placid Segokgo deployed military assets including armoured tanks and personnel in key strategic in anticipation of a coup against President Masisi.

The tanks were placed near the State House where President Mokgweetsi Masisi resides, and around the Mass Media complex that houses the national television broadcaster (Botswana Television) and Radio Botswana.

Sunday Standard can reveal that head of the BDF Military Intelligence, Brigadier Modise Tlhage received tip offs and enquiries about a looming coup in Botswana. Brigadier Tlhage then elevated the Intel to the BDF Commander and motivate that it be acted upon.

Out of caution General Segokgo after informing President Masisi who is also Commander in Chief and placed the army of red alert, which is the highest level of emergency in the army and security warning systems. This involved the drastic military decision to deploy his assets in the public space.

BDF Director of Protocol and Public Affairs Tebo Kacho Dikole told the Sunday Standard that he could not comment on the enquiry as it would amount to discussing matters of “operational security.”