Maun butchery owners to face the might of BMC 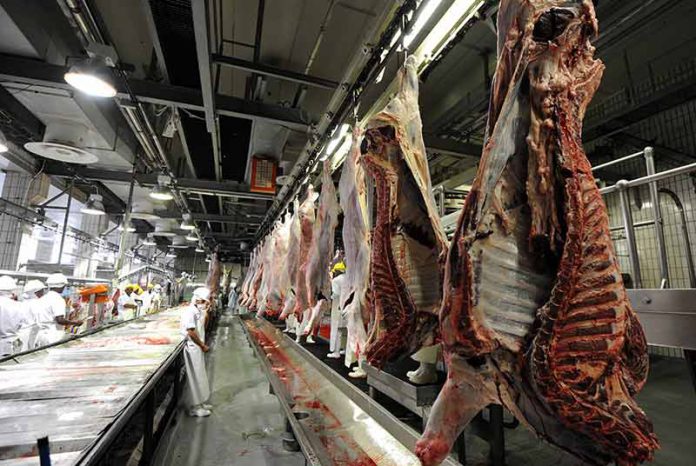 Butchery operators in Maun will soon have to try all attempts to fight competition from Maun BMC, which plans to penetrate the local market by opening a butchery and reducing prices.

Although he would not be drawn into revealing the exact prices, Plant Manager Mothobi Mothobi said their prices would attract more customers who have been enthusiastically waiting for such a development.

Also, he said there had been a dramatic improvement in turnover since the sale of fresh meat to the rest of the country was allowed at the beginning of March this year, adding that the producer prices were also increased by 10%.

Speaking at a press conference here on Monday, Mothobi said this is a strategy to eliminate the loss which they have endured since they opened doors in Maun. Since the outbreak of the Foot and Mouth Disease, they had only been allowed to sell deboned meat.

Though seen as a way of BMC encroaching on the market, the move, expected in three months time is likely to suffocate local butcheries as customers would now be enticed by the new prices, which are yet to be announced soon.

“We are all in competition, and so we have to position ourselves as a business entity in this red zone with its limited markets. Mind you, these butchery owners are not even our customers to start with and so I find nothing wrong with us competing against them,” said Mothobi.

So far, they had managed to slaughter 2,832 cattle as compared to the 1320 this time last year while managing to sell 5,552 to Zimbabwe through live trade in the previous year.

All of these were procured from the Haina Veldt farm which is a protected zone in area A2D. He said numbers were reduced in the last quarter as a result of the not so fine grazing lands after the extreme drought which hit Ngamiland.

He stated that they are currently awaiting a response from the Department of Veterinary Services as they had requested them to mediate with their Zimbabwean counterparts to consider buying from other areas which were not affected by FMD, amongst them areas from 2D (Shorobe, Makalamabedi and Sexaxa), A2B (Ikoga, Samuchima).DVS Zimbabwe, he said, has due to their many requests visited and have done their audits, which they are still awaiting.

Mothobi said because Zimbabwe had made it clear they would need at least 2,000 cattle per month, they had arrived a decision to buy cattle directly from farmers.

“We are also expecting a delegation from Angola on the 21st March and so hope that something will come out of our meeting with them. We are also eagerly waiting for transit permits from Namibia and want to seal a deal this time. These are new customers who only want to buy meat and not live cattle,” he stressed