No elections for Central Committee at BDP congress 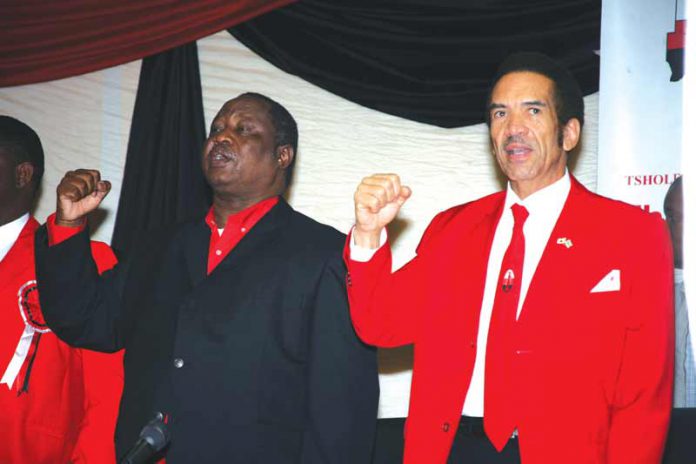 President Ian Khama has once again called on the faithful of the ruling party to consider forgoing elections at the coming congress.

Speaking in Molepolole over the weekend, Khama called on the party members who want to sit on the Central Committee to submit their names to party Chairman, Daniel Kwelagobe.

Khama also revealed that a compromise list will be used in the upcoming central committee elections at the party congress scheduled for Mahalapye in July.

But there are those inside the party who think there should be Central Committee elections, especially since the party has stabilized following a painful split that saw the formation of the Botswana Movement for Democracy.

Khama said just like they did with the appointment of youth league leaders last year, the party should not go for central committee elections.

He said he has assigned Kwelagobe to draw the compromise list and urged all those who think they have what it takes to lead the party to submit their names to Kwelagobe.

Khama said at the rally that by opting for a compromise instead of elections they are not being undemocratic as the option has proved to be the best for the party.

Also at the same rally, the President stated that his relationship with Kwelagobe was stronger than ever.

This is in direct contrast to the build-up towards the last congress in Kanye where Khama decampaigned Kwelagobe casting him as sickly and old.

This time around Khama said that just like in any normal relationship, they had their problems and they have resolved them and will continue to work together. Khama threatened to resign as president if his relationship with Kwelagobe deteriorated beyond reconciliation.

He said failing to make peace with Kwelagobe would have proved him as a failed leader.

He dismissed as untrue reports that the purpose of the rally was to cool a subtle feud between Kwelagobe and Gaotlhaetse Matlhabaphiri.

The President did not spare the opposition and private media, which he accused of colluding to oust the BDP from power.

He said the BDP doors had been sealed off and the Botswana Movement For Democracy (BMD) would never get any members defecting from the BDP. He said, because of this, the BMD was now recruiting from the Botswana Congress Party (BCP), adding that this has brought animosity between the two opposition parties.