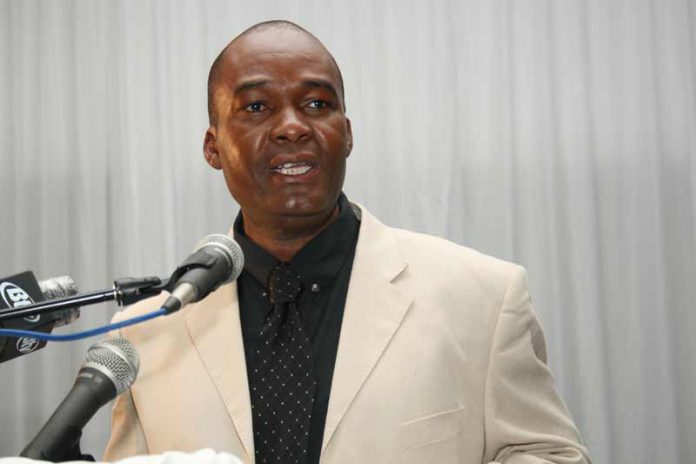 The Botswana National Party (BNF) MP for Kanye North, Kentse Rammidi, says the positive reception and welcome he got from BNF is a clear indication that the BNF and opposition parties are ready to win the 2014 elections. Their main aim, he maintains, is to change Botswana’s political landscape.

Addressing a public rally at the Gaborone Bus Rank, Rammidi said he recently had a conversation with President Khama and reminded him about his 2010 State of the Nation address on poverty, closing the gap between the rich and poor.

Rammidi said Khama is, however, doing the opposite. He cited the example of the recent ‘poor’ performance at primary school leaving examinations. He said the government should first start addressing improving conditions of both teachers and students.

Rammidi named some BDP Ministers who had stayed in power for a long time, comparing them with a python which does not move after swallowing its prey. He further stated that the umbrella model is a serious threat to the Cabinet.

“I urge all Batswana to remember all the sufferings they had and all fired government employees not to forget this ill-treatment during the 2014 elections,” he said.

Rammidi also cited some of the constituencies where he says the opposition would win, particularly deep areas such as Boeti South. He said the BDP will not campaign there since there are no lodges, which he claimed is a luxury that the BDP wants.

According to Rammidi, he joined the opposition simply to show Batswana what is going on in the country and what they are missing in their lives. He expressed happiness on the cooperation of the BNF members towards the umbrella model.

“Whoever doubts my BNF membership must openly say it or confront me, and I am here to sell to the people the new Jerusalem,” said Rammidi. ┬á

At the same rally, former BNF Central Committee member, Billy Makuku, said it was right for the BNF leadership to suspend or even expel BNFYL President Kagiso Ntime as a way of disciplining him, adding that it applies to every other member who tries to move from the right direction. He said the BNF, which he termed a national project, would never be run as a family business.

“A child has no business discussing matters concerning elders, it is not only inappropriate but also risky to lie about internal matters,” said Makuku.

He said all the opposition youth leagues are messing up what he referred to as a national project of the opposition. He said he supports Botsalo Ntuane.

“President Jacob Zuma recently removed Julius Malema from the party as he was straying from the ANC agenda,” said Makuku.