Of protocol, seniority and sense of self-importance! 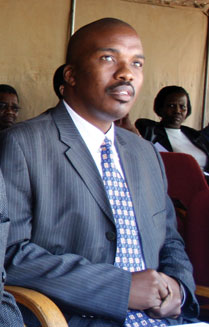 In a gathering that features President Festus Mogae, two cabinet ministers, an MP, Kgosi Kgari Sechele, a male speaker at a Molepolole kgotla meeting decides that he would acknowledge the presence of who is who seated at the high table.
He begins: “President Mogae and Office of the President staffers and other leaders present here, I greet you all.”
Some five minutes later, another male speaker acknowledges the presence of “President Mogae, Kgosi Kgari, the chairman of the Village Development Committee, the District Commissioner and all pastors.”

The motivation to acknowledge the high table has never been clear when there is the simpler option of cutting to the chase but it is something that some speakers (men especially) like doing. However, this could be treacherous ground if you are not familiar with what is called the national order of precedence ÔÇô sequential hierarchy of importance of leaders.

Each country has its own and in terms of Botswana’s, Office of the President staffers cannot come before ministers, MPs and paramount chiefs, the VDC chairman cannot be mentioned immediately after the president when the order of precedence does not even recognise him. Although some speakers at kgotla and other meetings tend to be casual about it, the one particular importance of the national order of precedence is that it serves as the order of succession to determine who replaces the head of state in the event that s/he is removed from office or is incapacitated.

This does not happen in Molepolole only. Each time that the presidential standard will be fluttering alongside the national flag as President Mogae will be on his national farewell tour, there will be some male speakers who will acknowledge the presence of the village’s water pump station operator before that of a minister seated at the high table.

This protocol faux pas also occurs at high profile BDP events attended by senior party leaders ÔÇô some of whom are also national leaders. Mogae himself was on the receiving end at the Molepolole National Youth Congress when he was mentioned after the then party chairman, Ponatshego Kedikilwe. The offender had to return to the podium to apologise profusely for this gaffe. At an event to launch a party candidate last year, the branch chairman of Gaborone West South skipped ministers and MPs in favour of councillors and the branch secretary.
Bakwena traditional leader, Kgosi Kgari Sechele, says that he is aware of the flouting of this particular aspect of protocol and suggests that it happens because ordinary people are not familiar with the order of precedence. All too often the person chairing a kgotla meeting would also be in the dark but Kgari suggests that familiarising chairpersons with the order of precedence would require them, as dikgosi, to embarrass themselves by revealing how low their positions are in that order.

On the whole, Kgari is not happy with that order because it places MPs and District Commissioners before paramount chiefs like himself.

“They should come after dikgosi because they are our subjects. Kweneng has eight MPs each responsible for a constituency while my jurisdiction covers all those constituencies,” he says.

On the other hand, he has also observed that there are times when the president himself flouts this order by acknowledging the presence of the kgosi before that of MPs.

Though he acknowledges the possibility of mistakes being made, Dr. Comma Serema, the BDP’s Executive Secretary, says that he is not aware of the order of precedence being twisted by party members. Serema says that party members are taught about protocol at seminars and are encouraged to follow it at public gatherings.