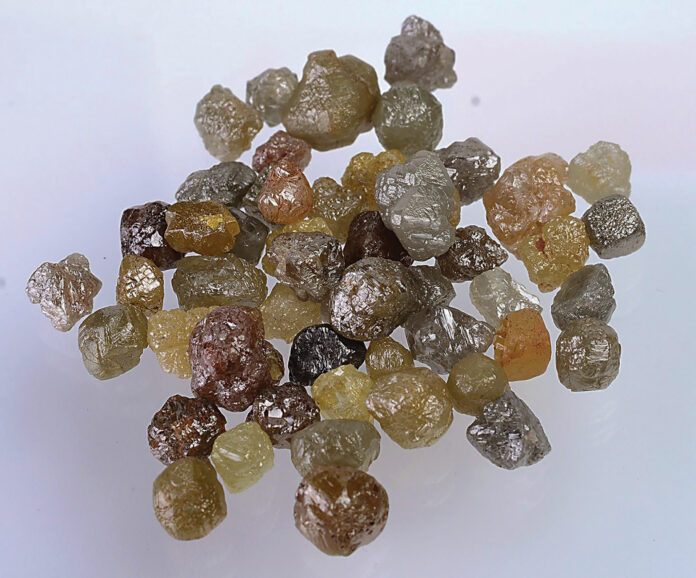 The Botswana economy grew at a much better-than-expected pace to end 2021 positively despite signs that the acceleration was likely tailed off by the Covid 19’s omicron variant.

According to the recent Statistics Botswana (SB)’s Gross Domestic Product (GDP) for the fourth quarter of 2021, nominal GDP which measures output at current prices grew by 2.3 percent between the last two quarters of the year. The SB’s National Accounts data published in the evenings of April shows that the 2021 fourth quarter nominal GDP was P50, 408.8 million compared to P49, 286.8 million registered during the previous quarter. A further breakdown of the data shows that the Public Administration and Defence became the major contributor to GDP by 18.3 percent, followed by Mining & Quarrying by 11.9 percent.

SB says the Gross domestic product, the sum of all goods and services produced during the October-through-December period, increased mainly due to real value added by Diamond Traders and Mining & Quarrying which rose by 25.6 and 18.9 percent respectively. All other industries recorded positive growths of more than 2.0 percent with the exception of Water & Electricity and Public Administration & Defense which declined by 9.6 and 1.7 percent respectively.

On the other hand, Statistics Botswana says the Non-mining GDP increased by 2.7 percent during the quarter under review (Q4:2021) compared to the 0.9 percent increase registered in the same quarter of the previous year.

The Agriculture, Forestry and Fishing industry went up by 4.0 percent in real value added during the fourth quarter of 2021, relative to a decrease of 4.4 percent registered in the same quarter of 2020. The favorable performance was mainly due to an increase in real value added of Livestock farming by 7.7 percent. This strong performance was attributable to more cattle marketed during the quarter under review. Cattle sold to Botswana Meat Commission and municipal abattoirs registered a growth of 7.7 percent.

Another sector that is reported to have performed well during the last quarter of 2021 is manufacturing whichrecorded a rise of 6.7 percent in real value added compared to a decline of 4.4 percent registered in the corresponding quarter of 2020. The improved performance in the industry when compared to the same period of the previous year is attributed mainly to the favorable growth rates in the sub-industries of Diamond cutting & polishing (63.9 percent), Manufacture of wood, paper and products thereof (10.3 percent) and Dairy products (8.2 percent), compared to negative growth rates of 24.0, 5.3 and 4.6 percent in the corresponding quarter of 2020, respectively. The exports of polished diamonds rose by 63.9 percent. Milk production in litres increased by 2.2 percent from 2, 253, 347 litres to 2, 302, 023 litres during the quarter under review. Similarly, sub-industries such as Manufacture of basic metals & metal products, Manufacture of furniture, Bakery products and Manufacture of grain mill & animal feed products registered positive growths in real value added of 7.9, 4.0, 2.7 and 2.2 percent respectively.

The Mining and Quarrying also registered a significant increase in the real value by 18.9 percent which was mainly influenced by the substantial increase in the Diamond real value added by 19.8 percent and reopening of Khoemacau Copper mine which started production in the third quarter of 2021. Diamond production in carats went up by 22.1 percent in the quarter under review. Rough diamond appetite is gradually gaining traction after relaxation of the COVID -19 travel restrictions which impeded on the sight holding calendar. Copper concentrates production stood at 3 293 tonnes during the fourth quarter of 2021 as opposed to 7 517 tonnes registered during the third quarter of 2021.

Another upward movement was recorded by the Wholesale and Retail Trade sector whose real value added increased by 4.6 percent in Q4:2021 compared to an increase of 4.0 percent registered in the same quarter of 2020 The industry deals with the sales of fast-moving consumer goods.

The Construction industry value added went up by 2.0 percent in the fourth quarter of 2021, following a decline of 7.4 percent realized in the corresponding quarter in 2020. This industry comprises of buildings construction, civil engineering and specialized construction activities. The slow performance of the industry was primarily reflected in the real imports of cement which declined by 11.2 percent and importation of building materials, that declined by 28.0 percent during the quarter under review.

Revised Projections The Q4:2021 figures come at a time when international agencies have revised their growth projections for Botswana. The International Monetary Fund (IMF) says it now expects the local economy to grow by 4.3 percent this year, down from a projection of 4.7 percent. In April, Fitch Solutions also lowered its GDP growth expectation for Botswana from 5.3 percent to 4.8 percent due to economic headwinds caused by inflation and the ongoing war in Ukraine. The firm however said that the expected growth will be driven by increased diamond prices, household spending and fixed investments, as well as further easing of the country’s economy from COVID-19 restrictions.