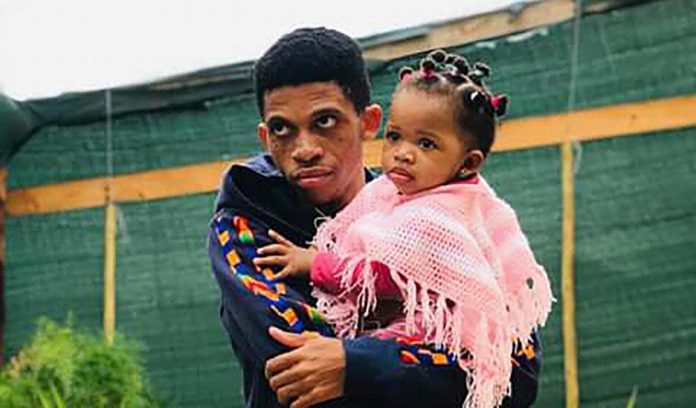 Five years ago, who would have thought Social Media Influencer would be an actual job title. And here we are in 2021, with more social media influencers in the country than ever, making a living through your brand. This is the phenomenon that has added a new dimension to how we market, how we purchase, and who we trust.

Regardless of the size of their “influence,” an influencer is one with a privileged position in the eyes of a number of individuals online. They have the power to sway their followers’ purchasing behavior, thinking, and even beliefs. An influencer can manipulate his followers into buying unnecessary products, adopt inimical values, and become obsessively materialistic. Or they can help them in ethical and service-oriented ways. Individuals with the power to influence masses of people are not new by any means. Still, the manifestation of this age-old phenomenon through the advent of digital and social technologies is unique and exclusive to this generation. It has transformed the way businesses, non-profits, government agencies, and even churches reach and communicate with their constituencies, be that to help sell a product or champion an ideal.

The term social media influencer can loosely be applied to any individual who has the capacity to incite a behavior within his or her followers (in this sense, anyone with a social media account and a circle of following friends and family can be deemed an influencer). But it is most commonly used to refer to individuals who have the capacity to encourage a significant group of followers to make purchasing decisions. In other words, the term often refers to individuals who are aiding with the marketing and advertising efforts. But one of the major differences between influencer marketing today is the apparent authenticity and familiarity that can be conveyed to customers. As opposed to watching a commercial of an athlete sporting a clean shave (using a particular product) now potential customers can follow the star on Instagram and see him actually using the product in his everyday life. Non-celebrity influencers seem to be more compelling because of their apparent authenticity and familiarity. People want to hear from those who are relatable, people they can trust because they are just like them. This means a teenage girl might be more likely to take makeup advice from a fellow teenage girl who demonstrates knowledge, authenticity, and relatability than a ‘celebrity’.

Thanks to the power of social media now, we have a bunch of people enjoying the celebrity-like aura. The rise of social media stardom is a 21st-century phenomenon that began with social media replacing the formal media. What merely started as a simple imitation of celebrities is no longer limited only to celeb-like attention but has gone beyond that. The social media stars are now holding a much more important place as social media influencers. For the latest trends in fashion and beauty, give blogger and fashion stylist Tumie Nthutang a follow. She has 63,9K Instagram followers. In return, you’ll get a daily dose of her unique style and fashion choices along with a peek into her everyday life. Prefer vlogs? You can also subscribe to her popular YouTube channel which has 11,8K subscribers for product reviews, interviews, workout routines, and a healthy dose of humor.

Gaona Tlhasana is a media entrepreneur that enjoys helping people tell their stories and aims to showcase positive, progressive content about the African continent. Her social media platform, Gaona Live, consists of her YouTube channel with interviews and inspiring stories, am Instagram account that has 77,7K followers that documents her professional appearances and personal life. Thabang Refilwe “Mjamaica” Ramokate is an actor, comedian, musician and MC known for his comic videos on social media, especially his “Magnum” video on Facebook. With over 114K followers on Instagram and a growing YouTube audience, he’s definitely one to follow. Maxine Magwape is a makeup artist and rising social media influencer that offers makeup, hair styling, and wig retail at her retail store, Maxine Hair and Makeup. Subscribe to her YouTube channel for beauty and hair how-to videos, her 214K Mfollowership on Instagram allows you to peel into both her personal and professional life. Khumo Kgwaadira, better known on social media as MissGeeKays, is a TV and radio personality and founder of Who Am I, a non-profit organization that strives to empower youth and help them realize their individual capabilities. Her Instagram account boasts of 104K followers who check out her latest fashion and beauty collaborations and are in the know about her upcoming speaking events.

Business giants have quickly recognized the power of these social media influencers. Most companies now rely more on social media influencers to endorse their brands. They find new faces to promote the brand and spread the image. The fact that today’s generation connects better with them makes them a popular choice for carrying the brand’s image. The aim of the brands is addressing the target audience faster and in an effective manner. This is the reason influencers are selected for promoting products that come new in the market. They are believed to create a demand for the product, especially in teens. It has been proven through surveys that most of the loyal followers of these influencers are the teenagers who spend more time in social media.

The importance of media in business expansion cannot be negated. The media influencers make this work easier. When big brands are choosing social media influencers to promote their, brand they are accessing the digital platform. Social media influencers have the power to draw the attention of thousands. The reason is simple. They engage in meaningful conversations with their followers and are mostly within the reach of those who want to communicate and seek help. They are the smart next-gen leaders. Another reason for the popularity of social media influencers is their creativity. They use their exclusive style to promote the product keeping the vision of the brand intact. They blend their unique charm to provide freshness to the promotion.

The concept of an influencer is still fairly new and not well understood by the public, so the best way to understand it is through the history of influencers. Before influencers were around, it was “celebrities” who were adored and beloved by the public. A celebrity was a complete stranger that people seemed to idolize for no reason other than their ability to take on a different persona. With the multiple outlets available today, a person can become famous just by going viral on the internet. The sort of overnight fame can be due to the exceptionalism that the individual possesses. Their level of skill and talent is widely recognized and amasses them a large fandom in no time. The chance of this happening is even more possible today due to social media being such a fast way of spreading information and content.

Similar to celebrities, influencers hold a great power of persuasion over their audience and their decisions. However, the two differ in that influencers have a connection with their audience that they have formed through their personality and/or skillset. Imagine having the power to influence a large group of people with just one post. To put it simply, people listen to them and businesses are willing to pay to use their voice. This can turn their active content on social media from just a lifestyle to a profession. Posts that were previously uploaded for their pleasure are now mixed with branded posts that are paid for by any company they choose to partner with. It supports the idea that social media has become more popular than most other outlets for entertainment. Because of this, the voices of influencers are just as powerful if not more than traditional “celebrities”.

Psychologist, Dr Sophie Moagi looks into the power of influencing, “On social media platforms, influence is when everyday people have an impact on their followers through their personal messages. It is not just the sheer number of followers a person has, an easy metric to inflate. What really matters is how far across the echo chamber of the internet your voice can carry, and whether your audience trusts what you say. That is true influence. On social media, informational social influence is very prevalent among influencers and their followers. Influencers are considered authority figures, so that influencer is considered right and perceived to have knowledge that the follower would like to receive. Social proof is also present when a person is about to follow an influencer, as they can see how many people have already followed the influence, so they feel better about following like the others.

When measuring influence, this is where influencers truly shine. They are influencers because they have figured out how to create high levels of influence over their audiences. These content creators are successful because of their ability to harness influence for their personal brand. Influencers who can affect the purchasing behavior of their users should be considered especially influential. Social media plays a role in decision making, with younger generations affected more by social media than older generations. Social posts from close friends and family are considered most influential. However, influencer content is considered relatable and authentic, which affects the amount of influence they exert over users”

Dr Poloko Ntshwarang, senior Social Work lecturer at the University of Botswana says, “Most start blogging or sharing on YouTube as a passion project or side hustle, Success does not happen overnight. You must build enough content and this process can sometimes take years in order for your platforms to support you financially. But it is totally possible for it to lead to a full-time career in today’s world. In thinking about it, the greater context is that the world of social media influencers is growing by leaps and bounds. There is a diverse range of segments within the social media influencer ecosystem. Millennials have developed an even deeper trust for influencers with 48% noting heightened trust. Consumers like to hear from a third party, especially when it is someone they have come to ‘know’ after following them on their respective social channels and are open to their point of view or recommendation. Influencer marketing, when done right and with the proper strategy in place, will continue to prove to be a powerful tool in your marketing mix.”

Minkie Nthebolang is a 21-year-old first year student at the University of Botswana with the aspirations of becoming a social media influencer. “More young people such as myself are hoping to capitalize on the rise of social media by getting paid to sell products, much our favorite celebrities and influencers. As people consume less traditional media and spend more time on social platforms, advertisers are increasingly using these influencers to endorse their products. A social media influencer promotes products through their chosen social media platform and I am currently trying to build mine. My followership might not be in the thousands but I believe I will get there. When an influencer has a large following, companies pay up. Influencers are becoming the world’s new form of advertising; teenagers today find influencers just as recognizable as and other traditional celebrity figures. However, they put more trust in the influencers. So really, influencers are more valuable to marketers than any other types of public figures out there.”