A royal mess: Chiefs versus Chiefs 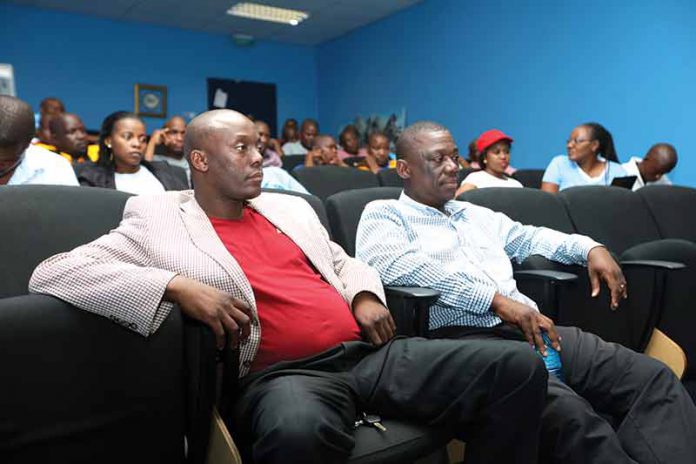 When bemobile and Mascom finally hand out the big cheques from the league and the Top 8 football competitions, it will be interesting to see which Mochudi Centre Chiefs steps up to claim the spoils.

The Tsheko Centre Chiefs versus Tsieng Centre Chiefs clash has all the makings of a rambunctious, vicious clash of visions and philosophies with the Botswana Football Associations (BFA) and the Registrar of Societies caught in the raging cross fire.

The “renegade” Centre Chiefs through ‘society’ interim chairman, Ramocha Tsieng has authored a letter of demand to BFA requesting the country’s football governing body to deposit the league and mascom Top 8 prize money into the society’s account. “We request and advice your office that all prize money or payments of Mochudi Centre Chiefs sporting club should be paid to Mochudi centre Chiefs Sporting club.

BFA has been directed to pay the money into account number 62612862624, FNB, mall branch (281267). The letter of demand has been copied to the premier league CEO, the beMOBILE league manager and Mascom Top 8 tournament manager.

Contacted for comment BFA Chief executive officer, Kitso Kemoeng acknowledged receipt of the letter. “We are yet to meet with the concerned desk officer to see what to do going forward” said Kemoeng. The BFA boss could not commit what they will do before they have discussed the demands of the letter.

The factions are fighting for the change of the team’s status.  Tsheko’s desire to dissolve the team since 2013 has failed to date because the registrar requested the minutes of the meeting that resolved to dissolve the club. Management was also asked to submit the constitution to see if proper procedure was followed.

Reached for comment, Centre Chiefs’ Public Relations Officer, Clifford Mogomotsi, said they were not aware of the demand letter or the bank account referred to in the letter. He told the paper that the matter between the two Chiefs’ factions has been referred for arbitration. “Even if they did write to the BFA, they cannot write to the BFA requesting that money be deposited into their accounts as the BFA is not responsible for disbursing funds from the league or Mascom Top 8. It is the duty of the Premier League to do such,” Mogomotsi explained. He also said as far as he knew, the money should be disbursed into the accounts of the affiliated club’s recognised committee. “When affiliation is done at the start of every season, a club is obliged to furnish names of its office bearers and these are the recognized members of the clubs’ representatives,” Mogomotsi explained.