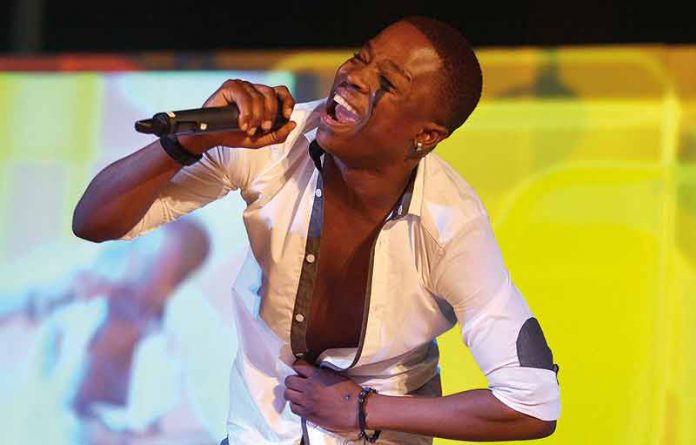 ATI, the questionable iconoclast who recently burst onto the local music scene with his ‘Polao Ya Motho’ album, which is replete with what some conservatives may describe as uncanny lyrical content, is expected to set the Big Brother Africa stage alight tonight at big Brother Africa’s Live eviction show.

As the saying goes, dynamite comes in small packages and the pint-sized rapper has surely had the local music industry blown away not just by his music but by his eccentric and somewhat unconventional sense of style, makeup, lyrics and stage antics.

ATI states that he has always harboured hopes of performing on the Big Brother stage which prompted him to open a facebook page titled ‘ATI for Big Brother’ that attracted over 1000 likes from supporters.

“I then hit the streets in a quest for signatures in support of my course and garnered more than 3000 signatures of people who supported the idea,” says ATI.

He says he then took the signatures to the Multichoice Botswana office and his efforts eventually paid off when he got a call asking if he would be available to perform at Africa’s biggest reality show. The rapper, who has especially been a hit with teenagers, has attracted criticism for his perceived personality, including his lyrics, wardrobe and the trade mark make-up of tear drops which he says he did purely for attention.

Some people have accused him of being an advocate of Satanism but ATI is not about to let public opinion define his demeanour and sense of style. “It is nobody’s business how I choose to live my life or what I believe in. I don’t expect anyone to look up to me or copy what I do,” he cautions. He says people should learn to look within themselves and be themselves.

Perhaps what is even more astonishing than his lyrics and persona is his own choice of music. Who could have ever, in their wildest dreams, thought the young rapper would listen to the classic sounds of Aretha Franklin or country legend Dolly Parton.

“People my age are vulnerable to peer pressure and stereotypes but I am not. I am not ashamed of what I listen to in my own private time,” ATI says.

The rapper says it was not all smooth sailing when he first joined the music industry as, like many an artist, he has had door after door slammed in his face. He says he started back in 2005 when he entered talent search competitions like My African Dream and My Star but could not even break into the top twenty.

He says he recorded two Mix-tapes before releasing ‘Polao Ya Motho’ which catapulted him to national stardom with tracks like ‘Ke lekhete’ and ‘Catch me if you can’ and his collaboration with the equally controversial former My Star Finalist Motswafere titled Promises, which is a mix of motswako, R n B and hip hop. He says he will be releasing a follow up album for which the first single ‘Sabliff’ shall be released on July 31st. “If it does not get nationally successful I will quit,” he says.

Other local acts to have graced the reality show include Vee, Scar and Deejay Oneal who, ironically, is now a Housemate.