Botswana not doing too well with the Third Industrial Revolution 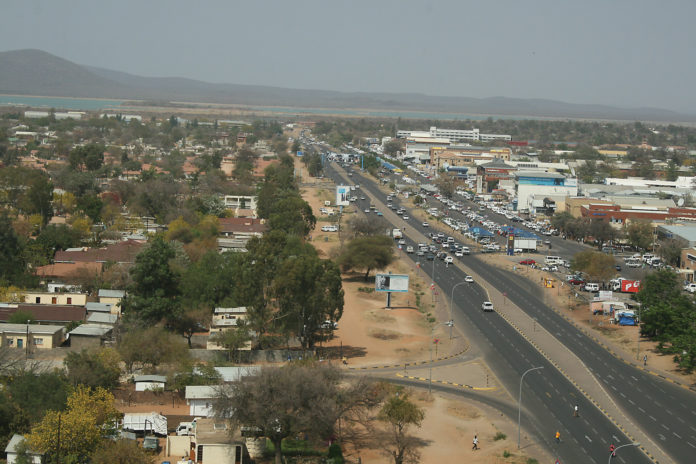 Not a day goes by without one hearing the term “Fourth Industrial Revolution” (sometimes called 4IR or Industry 4.0) which refers to a combination of advances in artificial intelligence, robotics, the Internet of Things, 3D printing, genetic engineering, quantum computing, and other technologies. The term was coined by Klaus Schwab, founder and executive chairman of the World Economic Forum which meets annually in Davos-Klosters, Switzerland to address the most pressing issues on the global agenda. This year’s meeting takes place from January 21 to 24, will discuss seven themes of diverse content, feature 426 expert speakers and have 147 sessions. One of the themes is “Tech for Good” and speakers will doubtless tackle the Fourth Industrial Revolution issue.

There is a context in which domestic pronouncements on the Fourth Industrial Revolution is mystifying: while it has made significant strides by African standards, Botswana also has gaps as significant with gaps with regard to the country’s uptake of earlier revolutions – upon which the former is based. Questions that MPs ask in parliament about infrastructural developments in their respective constituencies clearly show that the Industrial Revolution has yet to make an impact in certain parts of the country. That revolution, which began in the 18th century, was when agricultural societies became more industrialized and urban. The Industrial Revolution, which was the first revolution, brought the transcontinental railroad, the cotton gin, electricity and other inventions that permanently changed society.

Two ruling party MPs have described the pre-Industrial Revolution conditions in their respective constituencies. When he was Ngamiland MP, Jacob Nkate complained that primary school teachers in his constituency had given up complaining about lack of classrooms and were now complaining about lack of trees under which to teach students. Much later, Oreeditse Molebatsi of Tswapong South (as it then was) complained about the lack of sport equipment in schools in his constituency. In the phrasing of a question he put before parliament, students at “almost all schools have to improvise and use things like plates in lieu of discuss and stones in lieu of shot put.”

The same government that is now talking about the Fourth Industrial Revolution has resisted effort to bring the foundational revolution (the Industrial Revolution) to some parts of the country through the National Master Plan for Arable Agriculture and Dairy Development. While the Plan, which was developed by Israeli consultants, recommended specific infrastructural developments in tarred roads, electricity and telecommunications that had to be undertaken to bring the Industrial Revolution to rural areas, the white paper developed by senior government officials scaled down it down to basically leave the situation as it is. A Botswana dreaming of the Fourth Industrial Revolution also still lacks self-sufficiency to generate one of the major Industrial Revolution inventions – electricity. Billions of pula have been pumped into Morupule Power A and B but the country still relies on South Africa to meet its power needs. Morupule A is a more tragic story: for more than three years now since the start of a multi-million pula project to bring it back to service, the power station is always three months away from going online.

The Second Revolution, also known as the Technological Revolution, happened in the last third of the 19th and early 20th centuries. This revolution saw the invention of the car, airplane, telephone, phonograph, automatic weapon, incandescent bulb and steam turbine, the transmission of the first human voice signal as well as the development of technology to extract oil. The most important point to note here is that this revolution was built upon the first. The latter means that areas of Botswana that haven’t been benefitted fully from the First Industrial Revolution are doing likewise with the Second Industrial Revolution.

The Third Industrial Revolution (which is sometimes called the digital revolution) occurred in the middle of the 20th century with the development of computers and information technology. In embracing this revolution, the government of Botswana established the Government Computer Bureau under the Ministry of Finance and Development Planning. In 2002, the Bureau was transferred to the Ministry of Communications, Science and Technology, was later renamed the Department of Information Technology (DIT) and is now part of the Ministry of Transport and Communications. In order to improve governance value chains, the government has, through DIT, embarked on what is officially a robust e-governance programme but is in actual fact, far less than that.

A study by Nugi Nkwe of the Department of Accounting and Finance at the University of Botswana found that Botswana’s e-governance faces the following challenges: low level of the internet penetration, telecommunications infrastructure constraints, lack of institutional framework supporting e-government, lack of allocated budget for e-government deployment, digital divide, privacy and security concerns, limited IT skills and training, culture and lack of citizen awareness and participation. With regard to culture, Nkwe states the following about a culture of resistance to IT among some: “Usually moving from paper based to e-service, or any change in society is usually met by some form of resistance.” In terms of newsroom operations, the latter has taken the form of some elderly civil servants (like executive secretaries to ministers and permanent secretaries) insisting that correspondence should be sent through fax machines and not email. There is another, more peculiar form of resistance. Over three decades now, thousands of Batswana have acquired IT skills but some sections of the government have shunned endeavours to deploy these skills to enhance operational efficiency. One good example is the Ministry of Health and Wellness which continues to shun proposals by IT graduates on how it can improve its queue management systems in order to decongest its ever-congested health facilities.

Corruption has also weakened Botswana’s embrace of the digital revolution. In practically all government departments, “the system” is almost always down. An IT professional who works for the government says that to some extent, this has to do with the procurement of cheap equipment. That happens by way of corrupt officers conniving with companies that supply cheap equipment at inflated prices and getting a cut.

With the situation being as described above, it would certainly be helpful for Botswana to be talking about how to close these gaps rather than about a revolution that needs a solid foundation of earlier ones.