Butler’s future on the edge as Zebras engage Uganda 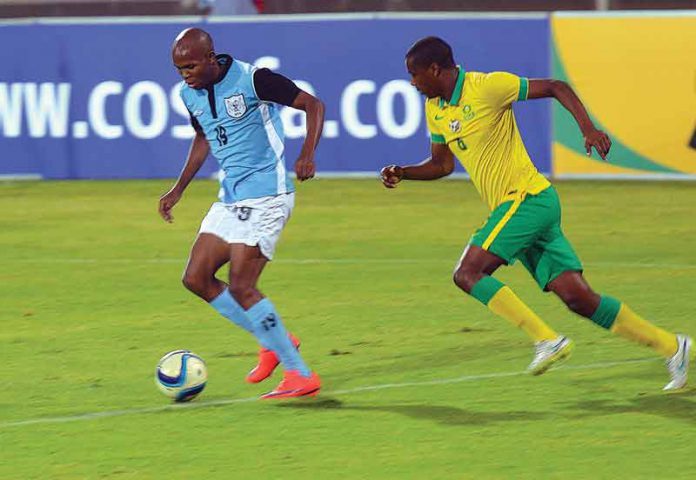 The future of Botswana’s national team coach, James Peter Butler is becoming narrow, following the start of the qualifications for 2017 Africa Cup of Nations. Botswana plays Uganda next week Saturday in a very crucial encounter away in Kampala. It is a crucial match Butler’s team has to win at all coast in order for his survival chances as Coach to be brightened. Upon taking over the hot seat, Botswana Football Association (BFA) President, Tebogo Sebego made it clear that his intention is to take Botswana to the 2017 Africa Cup of Nations (Afcon) and, for that matter, out of the group stages.

The 2015 Afcon qualification was mainly used as a developmental platform. One of Butler’s mandate was to win the recently held COSAFA Castle Cup which was held in South Africa. However, Botswana only went as far as the semi-finals. Without doubt, this means Butler’s only hope is the qualifications for 2017 Afcon and Uganda is the starting point. Butler is under severe pressure to deliver because during the recent COSAFA tournament, the BFA gave him all the necessary support he needed. This included availing the best available players in the country, and, in the process, denying the Under 23 a chance to progress in Olympic qualifications. This arrangement even resulted in the sacking of Under 23 coach, Keitumetse ‘Pio’ Paul just before the start of the COSAFA.

With the COSAFA dream having gone up in smoke, Butler has to do much more and ensure that they defeat Uganda next weekend. The under pressure Butler has already released his preliminary team for the Uganda match and, as expected, has attracted criticism. Uganda is reported to be taking the match very seriously and have been in a series of preparations because they want to qualify after a long absence from the tournament.

Uganda are under Serbian and former Orlando Pirates coach, Milutin Sredojevi?. Uganda has several players plying their trade outside of Uganda.

Only the group winners and second best runners up of all groups will qualify for the Africa’s biennial piece. On the other hand, the stumbling block to Botswana’s qualification is the Stallions of Burkina-Faso. It would take more than a miracle to defeat Burkina-Faso because they are not only a reputable team in Africa, but has many high profile players across the elite league around the world. Another country that Botswana has to play against is the tiny island of Seychelles.