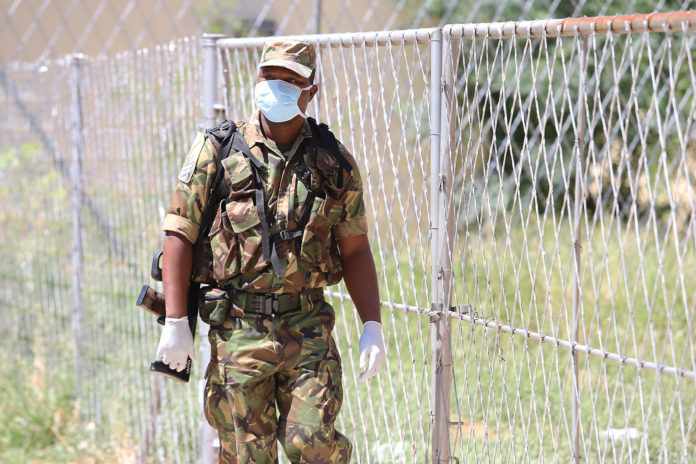 COVID-19 systems put in place to screen, test and trace contacts have failed Botswana, sparking fears that the country may not measure up to the fight against the virus. Sunday Standard investigations into the country’s first coronavirus case suggest fatal failures in the country’s border screening, laboratory testing and contact tracing regimes. The Sunday Standard can reveal that the country’s first COVID-19 case, an old woman from Ramotswa was screened for the virus on 15th March on her return from Motswedi, South Africa, but the process failed to pick that she was infected. She then went home with her family where she spent a few days under their case before they took her to Ramotswa Lutheran Hospital where she was admitted. While admitted at Ramotswa Lutheran Hospital, she was tested for the coronavirus and her swab was sent to the Botswana testing laboratory.

The laboratory tests however returned “negative” results. The swab was however taken to the South African laboratory for a second test and the results came back “positive.” By the time, the results from South Africa came back, she had already passed on and had been interred. The country failed to trace some of the contacts who attended her funeral and as late as this week, a couple that had attended the funeral had slipped through the contact tracing system and decided to voluntarily report themselves to a local clinic for tests after being persuaded to do so by relatives. Government this week also seemed to be groping in the dark following the declaration of the State of Public Emergency by President Mokgweetsi Masisi on Tuesday March 31st, 2020 and subsequent announcement of a 28 day ‘Extreme Social Distancing’ commencing on April 2nd. Botswana is officially under lockdown.The three-day period following the announcement has however done little to prepare the nation for the lockdown.

By deadline on Thursday April 2nd, 2020 the nation had been left with more questions than answers. While various Ministers have gone on national television to address the nation about measures specific to their respective ministries, they have not done much (if anything) to streamline their message.The lockdown follows four reported cases of positive COVID-19 diagnosis with one casualty.  “The World Health Organization (WHO) declared the COVID-19 outbreak as a global pandemic. Since then, we have seen the devastating effects of this pandemic worldwide. Last night Botswana confirmed with regret three cases of the COVID-19 virus,” President Masisi told the nation on Tuesday, only hours before Vice President Slumber Tsogwane announced the fourth positive diagnoses that had resulted in the first recorded COVID-19 fatality.

The announcements followed at least two months of zero recorded cases as the virus ravaged neighbouring South Africa, and to a lesser extent Zimbabwe. Since President Masisi’s announcement measures have been put in place as an attempt to mitigate the social and economic challenges brought about by the changes. Minister of Finance Thapelo Matsheka on Wednesday said the government had injected P2 billion as seed capital into the newly established COVID-19 Relief Fund. The Minister also announced a wage subsidy to assist companies retain employees during the lockdown period. Other measures include tax concessions, loan payment relief by financial institutions, as well as easy access for financial assistance. The Minister of Trade Peggy Serame also introduced some mitigating measures for ease of doing business during and after the lockdown.No clear solutions have however been communicated about the informal sector which also stands to bear the brunt of the 28-day lockdown.Local Government Minister Eric Molale also assured those depending on government handouts that it shall mostly be business as usual.

Minister of Immigration Anna Mokgethi said the government had limited cross border movements with only those transporting food, medical and other essential services allowed inside the country.Botswana has already placed thousands of travellers under mandatory isolation at various designated places around the country.Those who arrived prior to the mandatory quarantine remain largely unaccounted for with most of them having been merely advised to self-isolate.Of at least 2000 people under mandatory quarantine, less than 10 percent have been tested for the virus. While Gaborone has been the centre of attention following three reported cases, the problem is likely to escalate countrywide as hordes of Batswana decided to use the opportunity as a holiday, making cross country trips to their respective villages.By the time Minister of Agriculture Edwin Dikoloti warned of the dangers of moving the virus to otherwise safer places around the country the majority were already on their way.President Masisi can only hope that his “urgent and necessary steps” to protect the country and its people from the deadly virus are not too late.

“The threat to Botswana has escalated considerably in view of the fact that our neighbouring countries have seen a rapid rise in confirmed cases, some of which have resulted in fatalities,” Masisi told the nation recently, also acknowledging the incredibly low rate of testing of suspected cases in Botswana coupled with what he called cumbersome health protocols.“The return of some of our citizens and residents from high risk countries has also escalated the threat of the virus in our country.”It remains unclear how the government through law enforcement institutions plans to enforce the extreme lockdown on all individuals across the country while having failed to award permits to “essential services” personnel and others who fall within the recommended list.

“The public will be expected to adhere to a more severe form of social distancing where movement out of the home is only restricted to those performing essential services and transporting essential goods,” Masisi told the nation on Tuesday. “Those involved will be permitted to travel using the COVID-19 Travel Permit that will be issued by Government.”The imposed isolation aimed at preventing the spread of the COVID-19 could prove challenging for the majority of Batswana who, typically, are not used to working from home.Ministers could hardly offer definitive answers as to who would be allowed free movement and for what purposes. Such ambiguity is likely to result in clashes between residents and the law enforcement officers as has been the case in South Africa, India, and UK among other countries.

The four truck drivers who tested positive for coronavirus at the Kazungula port of entry will be sent back home, the government...
Read more
1099