Even in the age of funeral insurances, burial societies are the great equalizer 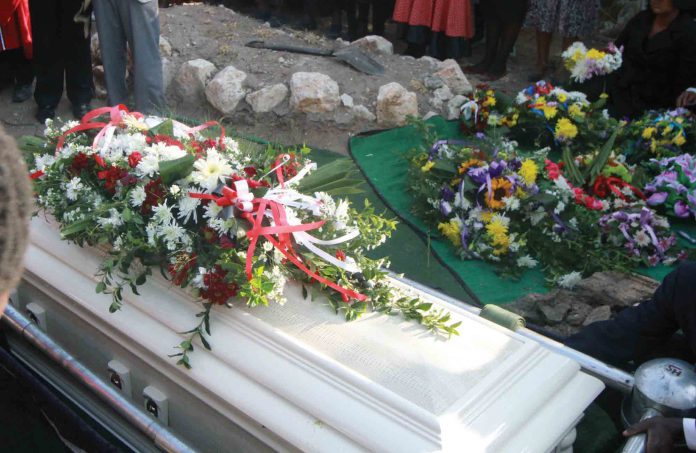 The Smart Alec who coined the phrase “’death is the great equalizer’ has obviously never set foot in Botswana. With the country boasting one of the biggest income inequalities in the world, the rich flash their wealth right up to their final resting place while the poor make it out of this world with a whimper. From their coffins or caskets through their headstones or unmarked graves right up to their burial addresses (Phomolong or White City Cemetery) you could tell the dead person’s social station – until the advent of burial societies. Although relatively few Batswana have a retirement plan or funeral insurance, a large number have taken out some form of cover to meet the expenses of being laid to rest. And, when looking for funeral cover, most not so well-heeled Batswana approach informal institutions, such as burial societies.In a research paper titled Redefining kin and family social relations: Burial societies and emergency relief in Botswana by Barbara Ntombi Nowenya. “A burial society is a relatively autonomous, historically-distinct local mutual-aid institution, which may be based on occupation or gender and whose goal is to provide social relief and support (material and non-material) to a member or member’s family that is experiencing conditions of distress due to a death. They intervene with proactive collective actions rather than to spread doom and despondency. Burial societies are relatively self-reliant.

They receive no financial support from government, non-government organizations or external donors. Burial societies tend to agree that their primary goal is to provide emergency relief to members and members’ relatives in distress in a timely fashion. This relief is mostly financial, but may also entail non-monetary intervention such as the provision of labour during the funeral process. Each burial society generally specifies those who are eligible to receive funeral support. Typically, the core group of recipients is six, including four parents (whether begetting or fictive parents and or affines), the member’s children and spouse. It is taken as a given that a burial society has an obligation to bury the deceased children of a member. Furthermore, each burial society has a six-member management committee that facilitates the organization of fund-raising activities, maintains close contact between members and develops strategies to cultivate and maintain reciprocal relations with other outside institutions (such as household, chiefs and religious institutions). The Tswana funeral process has been and still is, labour-intensive. The process requires the massive mobilization of resources and a social division of responsibility (by age, gender, social status and so on). Furthermore, a funeral places an economic burden on families and makes households vulnerable to public scrutiny.”

Many Batswana mostly women in both rural and urban areas, working and non-working alike, married and single, engage in an economic venture which responds to the needs of society during bereavement. The common goal that is shared by members is burying the deceased, be it them, or their dependents, decently in an acceptable, non-condescending manner. Burial associations have become widespread. Burial societies are usually formed by members of a family or kinship, and the average society has 50 to 80 members. These societies are based largely on trust. Some collect contributions each month for a pool of funds that is accessed when a member dies, while others collect money from members only when another member dies. Funeral parlours offer you the option of pre-paying each month for a funeral. On death, the amount already paid in is subtracted from the cost of the funeral. Parlours also act as intermediaries, selling policies underwritten by an administrator or insurance company. Batswana have cover provided by burial societies, majority still buy cover from an undertaker or a funeral parlour, while some opt directly from an insurance company. Other sources of cover are banks, retailers, insurance brokers, employers and administrators.

With the informally established associations, the formation of the association is simple in that, friends, colleagues, relatives and neighbours may just come together and decide to form an association. They decide on the maximum membership, monthly subscription, theme and the number of people that can be assisted with, the kind of relatives as well as the amount that can be disbursed and the method of disbursement. One cannot deny the fact that burial societies are able to help in situations where money is needed quickly because they are flexible and accommodating. In some burial societies’ members are eligible for small loans, and this is useful for people who normally cannot obtain a loan from other formal financial services. If a burial society can control such loans to its members, it may add value to the benefits to member. The burial society is a unique informal insurance scheme, designed to absorb some of the cost associated with the social events and cultural requirements of predominantly black funerals.

In a ‘traditional’ burial society the members share risk by pooling their collective resources. Besides providing the funds for a coffin and funeral ceremony, burial society members may also supply and cook the food required to feed the guests, relieve the bereaved family of any domestic work, and attend the traditional night vigil in honor of the deceased. Burial societies are invariably directed at poorer and less educated people. It, therefore, comes as no surprise that burial societies tend to be more popular in these communities. Dr Sethunya Mosime, senior Sociology lecturer at the University of Botswana says, “Burial societies remain an informal form of insurance, but they are still popular. There is no doubt that some citizens, who have formal funeral insurance policies, are still members of burial societies. Burial societies and funeral parlours have an essential role in society. They provide a means of access to funeral cover to those who cannot afford the costs occasioned by the death of a loved one. Burial societies, in particular, provide a pathway through which legal insurers can gain access to a market they would ordinarily not reach. The meetings are highly organised and strictly controlled affairs – members wear uniforms, latecomers are fined.

In the years the AIDS plague was taking so many people in the prime of life, burial societies became most relevant then. They cover the full costs of a funeral, including the feeding of large numbers of mourners through the night and following day. Burial societies bind the communal spirit. The origins of burial societies date back to when access to mortuaries and funeral policies were a preserve of those who were affluent enough to afford. Burial societies have stood the test of time.”