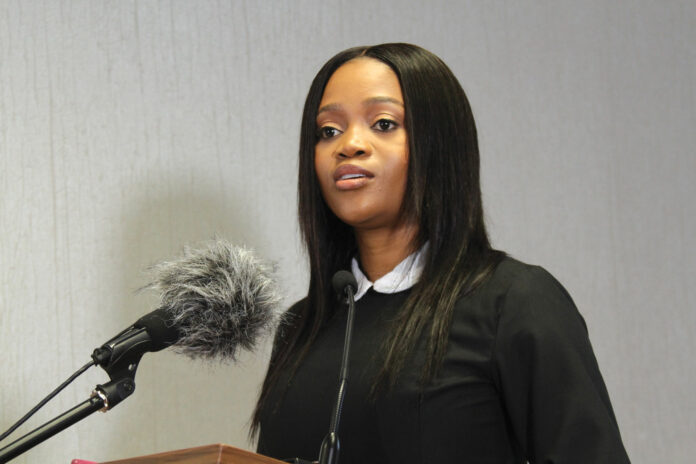 The 2022 United Nations Climate Change Conference or Conference of the Parties of the UNFCCC, more commonly referred to as CoP27 is being dubbed “The African CoP”. However, the question on the lips of most Africans, and by extension Batswana, is whether African issues are being addressed seriously.

“We are seeing so much momentum specifically around non-state actors and them showing up strongly for Africa,” she says speaking to CNN’s Zain Asher. Non state actors are the private sector, civil society and philanthropists.

When asked whether she is seeing “real action this time, especially on issues like loss and damage,” Kenewendo said financing climate action projects that are listed in Nationally Determined Contributions (NDC) should be a priority. “From the non-state actors’ side, there really has been good momentum in speaking to financing NDCs,” she says adding that there “has been a lot of conversation and pledges around adaptation and resilience. But this time people do not want to hear about pledges, they want to see the money……we are asking for the signatures to be put down in relation to the money”.

Kenewendo also says in clear cut terms that Africa’s transition from dirty to clean energy must be financed. “The ratio between dirty energy FDI and clean energy FDI is 9:1,” she says. On the controversial issue of how Africa can work towards green future without decommissioning dirty energy, Kenewendo chose to sit on the fence. ”What we have been focusing on is encouraging a balance of clean energy in addition to whatever it is that the dirty energy is providing so that we close the gap of our energy poverty,” she says, adding that “once you close the gap of energy poverty and you ensure that there is a baseload, then you start to refinance the reduction of dirty energy”.

Meanwhile, there has been widespread concern about the slow pace of the Cop27 negotiations. The conference, which concluded on Friday, November 18th, was accused of slow progress, particularly in terms of financial outcomes that have yet to be resolved and a lack of political will to make difficult political decisions.

The first draft of the CoP27 text, littered with U.N. terminology, reads more like a repetition of what has already been said in previous Conference of Parties. It only reiterates the necessity of increasing adaptation financing and the significance of keeping global warming to 1.5 degrees. The most controversial aspects, primarily loss and damage, are still up for debate.