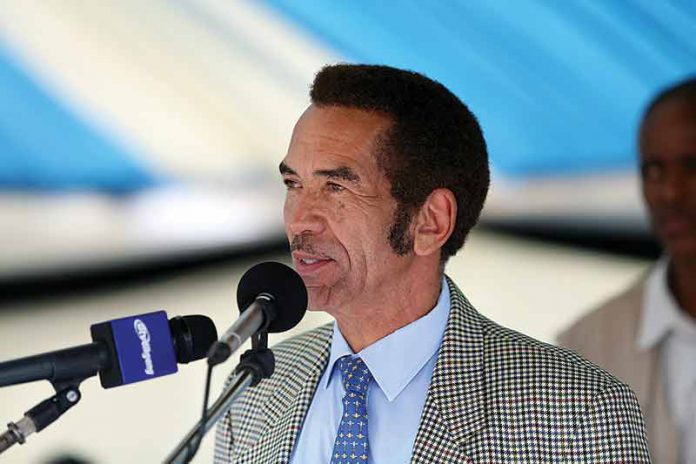 President Ian Khama on Monday said Nigeria was justified to postpone the General Election given the security threat posed by Boko Haram insurgence.

In his welcoming remarks on the occasion of State Banquet in honour of visiting Ghanaian President John Mahama, Khama said Africa continues to witness peace and security problems “confronting many parts of our region.”

“Closer to your home country, we have witnessed the atrocities committed by Boko Haram who are bent on using the name of religion to further their murderous objectives. Due to the security situation in Nigeria they were entirely justified to postpone their election,” said Khama.

Reports indicate that Nigeria’s electoral commission has delayed the Presidential election, which was to occur this Saturday, by six weeks in order for the military to launch an operation to secure the northeast from Boko Haram and guarantee the safety of voters in the region.

Khama said conflict and humanitarian situations in a number of countries in the African continent have all left a mark of insecurity on the continent.

“Interventions from countries like those of France must be welcomed. Collectively, Africa should continue to stand united in directing a strong message of condemnation of perpetrators of violence and terrorism, and any constitutional action to influence political change,” he said.

Khama said more needs to be done to address these challenges, “as together nothing should be too large to overcome in order to ensure the unity and prosperity of the African people.”

On the greater international front, Khama said, Botswana remains deeply concerned about the rising tide of violence in pursuit of causes that are an affront to our common ideals of equality, human rights and other fundamental liberties.

“It is unfortunate and incredible that in today’s world, we still have groups motivated by ethnicity, religion or belief such as (ISIS), which perpetuate heinous crimes against humanity,” he said.

He said the recent reports of abductions of Assyrians, as well as the desecration of Christians in northeast Syria and other sites by ISIS “deserve our unreserved condemnation.”

“Such actions demonstrate their brutality which are responsible for crimes and abuses against people from all faiths, ethnicities and nationalities and without regard for any basic value of humanity,” said Khama.

He said while Botswana’s opposition to all forms of terrorism is unwavering and unequivocal, we are however of the further view that we all have a responsibility to work together as nations, governments, citizens of the world in promoting a global climate of tolerance, inclusive values and policies, mutual understanding and respect as this will go a long way in mitigating unnecessary conflict.

“We strongly believe that such respect among other things must be predicated on appreciation of the diversity of cultural and religious traditions and perspectives existing across the world. This should find natural expression in the ability of all humanity to subsist in harmony with one another despite differences in identity, race, gender and religion,” he said.

He said the international community should continue to be tireless in its efforts to speak out for those without a voice and to stand up for the protection and promotion of human rights and the United Nations Security Council should lead by example.

Khama said on the matter of crimes against humanity, in recent times there have been calls from some quarters from African States Parties to the Rome Statute of the ICC to withdraw their membership.

“Botswana has no intention of doing so as we continue to support the intent and purpose for why the ICC was set up. Should we have concerns about its operations, we should influence change from within the organization as opposed to leaving it,” he said.