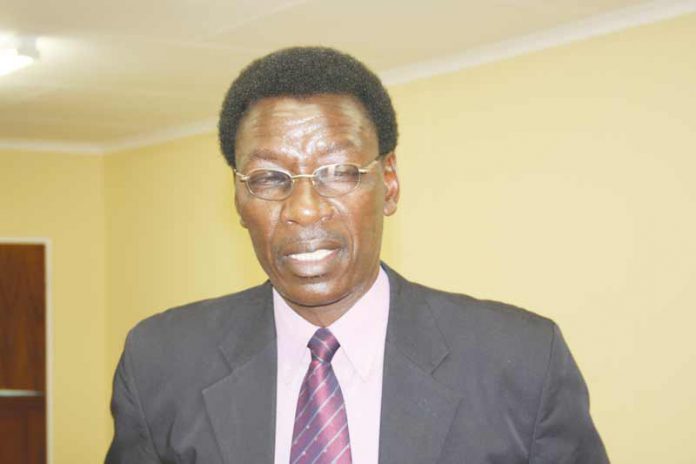 Addressing a public rally on Thursday in Broadhurst, Ntime said some of the BNF activists have accused him of being close to and assisted by the Directorate of Intelligence Services (DIS) director Isaac Kgosi. He said other members of the party have been spreading rumours that he has been financially assisted by DIS.

Ntime said he dismissed the decision taken by the leaders to suspend his son, BNF Youth President Kagiso Ntime.

The older Ntime said the letter that Kagiso Ntime published carried an academic debate. He said Khan’s suspension is different from that of his son Kagiso. He told the crowd at the rally how his son is educated and intelligent.

“The DIS Boss is smart enough and therefore he cannot publicly reveal his agents on television and radio,” said Ntime.

Ntime also publicly dismissed the umbrella model and stated that the only model that would work is the pact. He said a lot of BNF members suspect that Boko and Magang are silently and surely killing the party. He mentioned a couple of African countries, South Africa and Rhodesia by then where he had been a political activist and human rights activist. He stated that he knows the roots of BNF, adding that his son was also born a member of the party.

“I am a hard worker and I have worked for everything I have; my son was born with a silver spoon in his mouth,” said Ntime.

Ntime, who currently has no position in the party, recently contested the position of secretary for political education but lost the elections last year in Mochudi. He was also expelled from BNF in 2003.

Another BNF acting youth league Secretary, Malatsi Mokhubami, echoed Ntime’s words that the central committee’s decision to suspend Ntime is null and void. He also said they are boldly against the opposition umbrella model, adding that the pact is the only way to go.

“We are aware of a couple of factions at BMD and we cannot deal with such people,” said Mokhubami.
He criticized the ruling party, BDP and stated that they are good at talking but never deliver or implement anything they say. He said if President Khama‘s term ends and the BDP continues to rule, there will be no difference because there will be no change. He also criticized the legalization of prostitution in the country, adding that the ‘rich’ are planning for themselves.