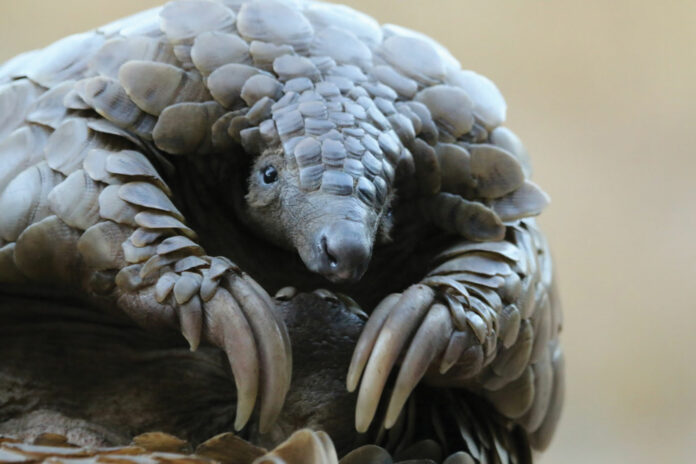 The Department of Wildlife and National Parks (DWNP) has confirmed a recent arrest of a man found in possession of a live pangolin in Gaborone.

The department says the incident was reported to them by the Botswana Police, raising concern about the continued poaching of pangolins.

DWNP Director Dr. Kabelo Senyatso would however not reveal how the authorities got to find out about the incident saying it is an operational detail he could not discuss.

He said the DWNP have not yet done a population count to ascertain numbers of the species, adding however that they do have two on-going surveys into the ecology of the species. “The research will improve our understanding of this species in Botswana,” Senyatso said in an interview.

But why do people trade in pangolin? “There are some unsubstantiated claims that some of its body parts have medical property, which are guided by traditional beliefs without any scientific basis,” the Director said.

He was however reluctant to discuss the illegal market price of pangolin also calling it an operational detail he could not discuss. “I would also encourage you not to publish some of the claims of monetary gain often made on social media, as your newspaper would just be perpetuating the myth, thus increasing poaching risk. Consequently I trust you would treat the matter with the sensitivity and responsibility it deserves.”

Botswana has one species of pangolin, the Ground Pangolin, known as Kgaga in Setswana, with Latin name being Manis temminckii. Throughout Africa and Asia pangolins are threatened by illegal hunting for meat and scale.  Pangolins are said to be the most trafficked mammal in the world. “We all need to work together to stop the illegal killing of pangolins, protect the last remaining populations and remember that pangolins need their scales,” the DWNP has said.

The DWNP recently started a series of social media posts as a way to achieve greater reach in wildlife crime awareness. Ecoexist Botswana has been partnering with DWNP, Rhino Conservation Botswana, Cheetah Conservation Botswana, Omogolo Wildlife Trust, Great Plains Conservation and other stakeholders to develop wildlife crime awareness messages around the Ngamiland area in northern Botswana with the support of US Agency for International Development (USAID) and World Wildlife Fund (WWF) Namibia.

Pangolin Africa, a pangolin conservation organization, says they are poached from the wild for several reasons.

“Firstly pangolin meat has always been consumed in parts of Africa in the bush meat trade. This has always been sustainable but explosive population growth has tipped this practice into becoming a real threat to all eight pangolin species. Pangolin.Africa is designing easy-to-access educational materials to counteract the belief that pangolin. Meat is a limitless resource.”

The organisation says pangolin scales from the eight species, like rhino horn, are also believed to possess specific powers in traditional medicine. “The scientific consensus is that this is just not true as the main component of both is keratin- the same as fingernails. However, as long as this belief is held then the pangolin poaching crisis will remain and pangolins critically endangered.”